A burden worth bearing

There’s a great deal of talk about the Food and Drug Administration (FDA) here in the US. The new president will be naming a new FDA commissioner, and some of the (many) names that have been mentioned are people who believe that the agency is too much of a regulatory burden.

The FDA is indeed a burden. So (for that matter) is the European Medicines Agency, along with the regulatory authorities of all the other industrialised countries. Drug companies run very large, very expensive clinical trials to convince these bodies that their drugs are worth approving, because without that approval all that money will have been wasted. The companies approach these agencies, hats in hand, having spent huge amounts of money trying to convince them of their cases. You would think that most people actually doing drug research would be constantly grumbling about this situation and dreaming of the day when the chains might finally be struck off.

It’s tempting to think that regulatory hurdles are the reason for drug failures, but that’s a bit like thinking that those heavy oxygen tanks must be keeping scuba divers from coming up for air 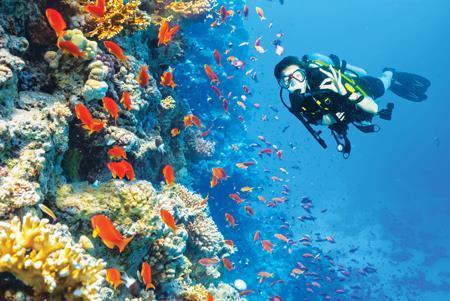 Interestingly, it’s not that way at all. Industrial types do complain about the FDA, but not in that way. We argue about how our trials should be run, and we argue about their results, but we really don’t have fundamental disagreements about issues such as whether we should be running clinical trials at all. We know, in great and terrifying detail, how few drug candidates actually work once they’re put to the test in the clinic. And we know, in equally terrifying detail, what happens when those clinical trials don’t reveal enough of some new drug’s problems and it makes it to the market anyway (so many lawsuits are filed, and with such impressive alacrity, that a glance out the window makes it appear to be snowing).

Overall clinical failure rates have hovered at around 90% for many years, which is a figure that many people who haven’t done drug research find hard to come to grips with. No other modern industry faces anything like that situation. It’s tempting to think that the large regulatory hurdles of this business are the reason for those failures, but that’s a bit like thinking that those heavy oxygen tanks must be keeping scuba divers from coming up for air. Every single scuba diver who’s been injured or killed underwater was wearing them! No, we run clinical trials to find out if our drugs actually do what we have planned for them to do, because there really is no other way to be sure. And at the same time, we have to make sure that they’re not doing a lot of other undesirable things, because there’s no other reliable way to find that out, either. Preclinical assays have improved greatly over the years on the relative scale, but on the absolute scale, there is no substitute for watching real people swallow real pills and then monitoring them very closely afterwards.

If you talk to drug industry scientists, what you’ll find is that most of them actually have a lot of sympathy for the regulators. The government agencies are often in what’s essentially an impossible position: the general public wants them to be extremely fast decision-makers and to allow lots of new drugs to come on the market, but they also want those new drugs to be completely safe and work very well. The general public wants a lot of contradictory things, as election results often demonstrate. This one is an especially tight bind, given the intrinsic problem that most of these investigational drugs will simply not perform as hoped.

The modern pharmacopoeia can, from some angles, look like an impressive edifice. But out the back, among the weeds, are huge piles of misshapen bricks and defective building materials. Those are the best we can supply, unfortunately, and blaming the building inspectors for them is an odd point of view. No, the drug companies and the regulatory agencies actually have a bond: each knows that the others are the only ones who also understand what drug development is really like. Many of the people complaining, unfortunately, are demonstrating that they really don’t.