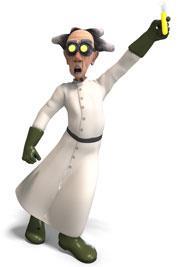 Following in the footsteps of France and Germany, the Spanish government has created a scheme designed to recognise and reward research institutions based on their achievements as ’sources of knowledge’.

1 million (?880 000) per year for the next four years to each recipient. According to the science minister Cristina Garmendia, it is a way for the government to give money ’to those who deserve it and not to those who ask for it more often’.

As a first step, 22 institutions have been shortlisted and will be competing for the first 10 accreditations to be issued in November. Three panels of experts from 12 different countries, which include three Nobel prize winners, have been gathered to scrutinise the entries against very strict requirements. Indeed, the level of excellence required to be awarded one of the prizes is so high that, against an objective to achieve a total of 40 centres in this R&D dream team, the general opinion is that it is unlikely that there will be enough centres reaching it. This could add to the frustrations that go with distribution of research funds or alternatively act as a strong motivator. In any case, it sets a framework on which to build excellence in research, invest in and promote the work of young researchers, and represents a significant step forward in the internationalisation of Spanish R&D.

A significant step has been made in the fight against drug addiction. A group of researchers at the Scripps Research Institute in La Jolla, California, US, have created a heroin vaccine that has shown promising results in tackling dependency in animal models.

A heroin-like hapten (a small molecule that can elicit an immune response) was linked to a protein carrier and then mixed with an adjuvant or additive to create a vaccine. This hapten-carrier-adjuvant adduct slowly degrades in the body, producing antibodies to a constantly changing drug target, and is thus referred to as a ’dynamic anti-heroin vaccine’. This results in a mechanism of action that not only stops heroin from reaching the brain, but also many of the other psychoactive substances into which heroin is metabolised (such as morphine or 6-acetylmorphine). However, the complex does not produce antibodies against related drugs such as methadone - used to treat heroin dependence.

This is likely to be a very welcome development for addicts, their families and the medical teams involved in their care. Human clinical trials are already on the way for nicotine and cocaine vaccines with a similar mode of action. Once these are complete, society must face and tackle the difficult ethical issues surrounding administration such as, for example, whether these should be compulsory for convicted criminals with a drug addiction or whether national health services should fund them from the public purse.