The end of April saw an almost complete lock-down of European airspace. In an event that was described as an ’unprecedented crisis’, innumerable flights to and from the continent were cancelled for six days as a consequence of the eruption of the Icelandic volcano Eyjafjallaj?kull - I can’t even begin to imagine how this is pronounced. 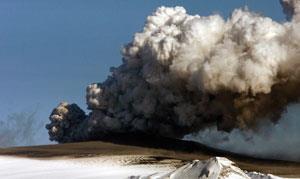 The offending volcano spewed ash and smoke up to 10km into the sky - just short of typical aircraft cruising height - prompting the authorities to take immediate action and ban all flights across the region.

With the ash cloud reaching such heights, aircraft would have had to pass through it to achieve cruising altitude and we can all imagine that visibility could become quite poor when flying through a cloud of ash. Indeed, this volcanic cloud would not only sandblast the windscreen, but could also damage the engines quite severely. The cloud is made up of very fine glass-rich particles which can not only block ventilation holes, but upon entering jet engines (which normally operate at temperatures in excess of 1000?C) could melt and fuse onto parts of the turbine, causing extensive damage that can ultimately result in engine failure.

There was, as always, controversy, with many questioning the validity of the data used to inform the decisions taken by the authorities. Apparently, information about the evolution and spread of the ash cloud was in the main obtained from computer simulations and not from actual measurements. During the flight ban a couple of commercial planes were sent on test flights to assess potential risks, and others have since gone up to collect samples and acquire data directly from the plumes. In any case, I don’t want to enter into the discussion of whether the authorities’ zero tolerance approach to the situation was necessary or adequate. There are now stacks of data for scientists to analyse and I’m sure we all agree that in the wake of one of the worst recessions in recent history, Europe’s more fragile economies will suffer as a result of this latest upheaval.

For the population on the ground, other than the inconvenience of perhaps being stranded, things were a lot less complicated. The cloud of ash moved at high altitude (it was not visible from the ground) and spread over large areas, leading to low exposure - comparable to an episode of peak air pollution in a city.

In the UK, a thin layer of dust, a certain acridity in the air or a faint smell of rotten eggs is what we could expect at most. As a precaution those with lung disease or respiratory problems were advised to remain indoors if they experienced worsening of their symptoms and to carry medication with them at all times. At this time of the year, this recommendation is perhaps of little help to asthma sufferers, who will be by now well acquainted with the joys of spring and will be holding on to their inhalers for dear life.

Which reminds me that World Asthma Day will be celebrated on 4 May and this year’s motto is ’you can control your asthma’. Volcanic ash permitting, that is.