The new year sees John Beddington begin his tenure as the UK government’s Chief Scientific Adviser. He has a tough job - and a hard act to follow. 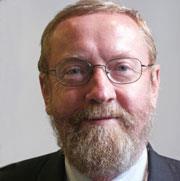 His predecessor, Sir David King, spent seven years in the hot seat, and is generally credited with raising the profile of the role, both within the corridors of power and in wider society.

Circumstances certainly helped him. Shortly after King took up the role in 2000, he was catapulted into the media spotlight as he dealt with a farming crisis over foot and mouth disease.

Since then he has embodied one of the ideal qualities of a science advisor - unflinchingly sticking to his scientific guns. He has lobbied hard to push climate change to the top of the political agenda, and to press for a varied energy mix that includes renewables and nuclear. Significantly, he installed a chief scientific adviser in every government department.

In the last few weeks of his tenure, he has also enjoyed getting a few things off his chest, lambasting homeopathy as useless and backing nuclear power to the hilt. The Daily Mail  newspaper and BBC Radio’s Today  programme both received a tongue-lashing for their coverage of the MMR vaccine debate, and GM crops, of which he is a staunch advocate.

At his first appearance before MPs on the House of Commons innovation, universities and skills committee, Beddington reiterated King’s commitment to GM and nuclear power, which suggests a smooth ideological handover. And he is already an experienced operator in the political world.

Based at Imperial College London, where he is professor of applied population biology, Beddington has advised on fisheries management to the British government, the European Commission and the United Nations Environment Programme, and currently chairs the science advisory panel of the Department for environment, food and rural affairs (Defra). Internationally, he was at the forefront of efforts to secure a moratorium on whaling.

But choppy waters lie ahead, and Beddington will have to get used to performing an exquisite balancing act. On the one hand, the chief scientist needs to be seen to be an independent voice who speaks truth to government. But at the same time, they have to become a government insider to sway politicians and civil servants.

Having the ear of the Prime Minister is obviously useful, but that does not necessarily require frequent, one-to-one contact. Understanding how to use the channels of power - for example, cultivating relations with the PM’s private office - is arguably much more important.

Beddington needs to continue King’s work on climate change, and push much harder to achieve the UK’s commitment to developing renewable energy.

Nuclear power will be one of the biggest issues of 2008, when UK government has again promised a decision on whether to build more stations. If they do follow Finland and France in a European nuclear revival, Beddington will need to be a very effective public spokesman indeed.

As for King, he certainly shows no sign of slowing down. He will become director of the new Smith School of Enterprise and Environment at the University of Oxford, which aims to find private sector solutions to environmental problems. He will also continue to be research director of the University of Cambridge’s chemistry department, where he still has an active surface science group.

For Beddington, the fun is just beginning. Chemistry World  wishes him the very best of luck.