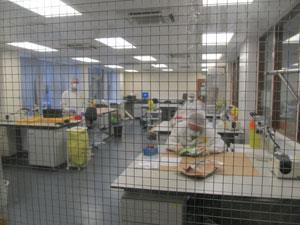 The FSS, now shut down with services shared between the private sector and police forces' in-house labs

The Royal Commission on Criminal Justice, which has proposed sweeping changes in police and court procedures, wants a Forensic Science Advisory Council (FSAC) to advise the Home Secretary and chief constables. The initial suggestion came from the RSC, and the royal commission envisages the council as providing external oversight of the performance, standards and efficiency of forensic science labs.

The council will provide an annual review of forensic science services in England and Wales, including police forces’ in-house labs, as well as the Forensic Science Service (FSS). It also expects the council to oversee accreditation of labs and to monitor changes in qualifications and training of forensic scientists.

Ed.  As readers of Chemistry World will be well aware, the FSS, set up as an Executive Agency of the Home Office in 1991, was controversially closed on 31 March 2012, with forensic work now being shared between police forces and the private sector. For more information on the effects of the FSS closure see Chemistry World, July 2013, p58.