Ignorance is no defence

In a chemistry lab, what you don’t know really can hurt you, says Derek Lowe

We certainly know a lot about chemistry, don’t we? By ‘we’, I don’t mean the readers of Chemistry World, although that statement is no doubt true. I refer to chemists as a whole. The amount of knowledge the human race has accumulated about this science makes an impressive pile, and we’re throwing more onto it every day (as a glance at an RSS reader makes alarmingly clear). But a former boss of mine once suggested a slogan for our company that went ‘… where progress is our only problem’. I wonder if he might have been on to something. 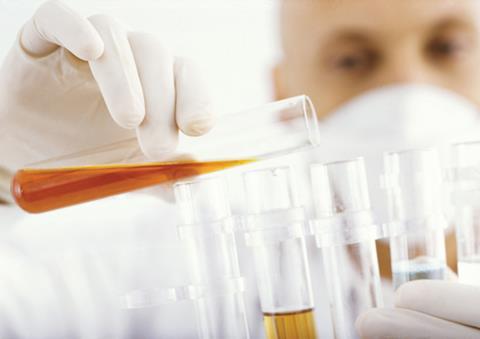 I’m not talking about the sheer size of the chemical literature, terrifying though it can be, because we also have better tools than ever for searching through it. What worries me sometimes are the things that we chemists should have at our fingertips, without having to look them up. No, not long lists of named reactions, although that impresses the crowd (and some old-fashioned hiring managers). Some of the most immediate facts we need are the things not to do, the hazards to avoid. Every time there’s a serious lab accident somewhere, you can be assured that some chemist (or perhaps a lot of them) read about it and said: ‘How could they not have known that?’

It’s unnerving to think, for example, that there are surely people out there who realise in a general way that dimethylmercury is not good for you, but don’t know about the tragic Karen Wetterhahn case. That proved, horribly, that a very small amount of the compound could be fatal, and that it could slip right through some common sorts of gloves. I don’t suppose that anyone would handle dimethylmercury bare-handed, but a person picking up an ampoule of it should also realise that simple precautions are nowhere near enough.

Here’s another classic example, or at least it should be a classic. I once found out that a lab assistant across the hall from me had prepared an all-too-generous amount of a close analogue of 1-methyl-4-phenyl-1,2,3,6-tetrahydropyridine (MPTP). Did that sentence make you raise your eyebrows, or not? The fellow who did this had no idea that he’d just prepared enough material to give several elephants Parkinson’s disease. He had never heard the story at all. Someone told him to talk to me about it, because they remembered that there was something worrisome about that structure, and I nearly dived out the window when he drew the compound on my board. No-one was affected by this incident, fortunately, but it was an occasion for some vigorous reminders.

Not everything out there is as bad as MPTP or dimethylmercury. But there are some common reagents and procedures whose hazards aren’t well appreciated. Not long ago, a Canadian chemist died from prolonged exposure to the vapours of trimethylsilyl diazomethane, which has the reputation of being the safer form of that reagent. And it is exactly that, in terms of shock sensitivity, but it’s just as hazardous to the lungs, which too few people realise. As we develop more and more reactions and techniques, though, more of this sort of knowledge gets generated as well.

There are many good compendia of hazardous reagents out there, but that might be part of the problem. Anyone working in a chemistry lab realises, or had better realise, that most of the substances within reach will not improve their life on too-close contact. But the examples I’ve given (and there are more where those came from) are a bit more stealthy, and can get lost in the noise of general hazard education. Ordinary care will protect you from most things, but the exceptions are crucial.

How best to make sure that these are better known? Perhaps we need a short separate list of unexpectedly hazardous substances – things that an ordinary chemist, skilled in the art (as the lawyers say) – might well encounter, but also have a reasonable chance of not knowing about. A couple of pages should suffice, and they would make vivid reading. The mental picture of a simply gloved hand picking up a vial of dimethylmercury is enough to make me want to see this list happen.