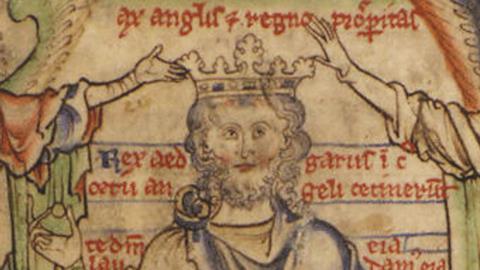 How a Saxon monarch is still influencing chemistry labs

We live, profit and die by our units. They are the firm ground on which everyone can stand, and the ones we learn as children stay with us to our dying day. Once, on a trip to France, I stopped in the small town of Laon, one of the great centres of medieval scholarship. Passing the gateway of the ruined town hall, three cast iron objects embedded in the wall caught my eye. Two were the standard templates for roof tiles and bricks; the third was a long iron rod. At one end of the rod, two humps denoted the limits of the Parisian pied (foot), itself divided into twelve pouces (thumbs or inches). A final mark close to the top denoted the length of three pieds, not far from the metre length that would be adopted when Napoleon reformed measurement in France.

The metre, which was calculated and defined by the Laonnais astronomer Pierre Mechain, was the end of the exceptionally complicated system of local weights and measures, some of which dated back to the time of the Romans. Today, with the SI units so firmly in place, it is easy to overlook the almost chaotic nature of measurement before Napoleon and his advisors introduced their system. In a mid-19th century book of conversion factors, I found over 25 entries for the perch (aka the rod), defined differently in every town, principality or kingdom across Europe. The mind boggles when one tries to imagine the complexity of trading goods across borders. 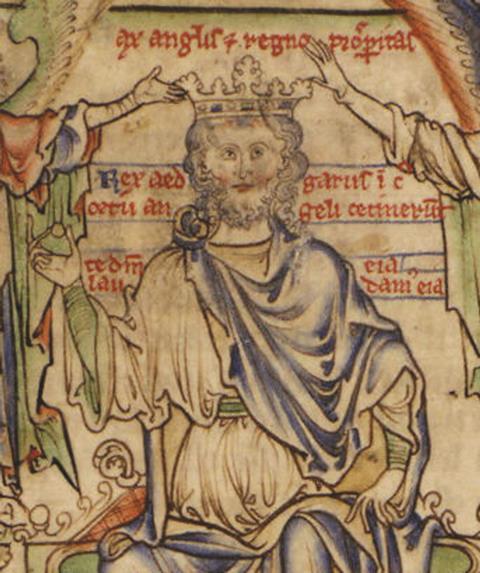 When it comes to trade, the Romans were not simply conquerors but drivers of ‘continentalisation’. As the Romans imposed their systems from Syria to the Scottish border they displaced whatever units had existed previously. As far as I am aware, little or no evidence remains of pre-Roman systems of weights and measures in Britain. Whatever they were, they were replaced by a complicated but strongly standardised system of measurement.

Simplifying considerably, the Roman unit of length was the pes (foot), divided into 16 digiti or 12 uncia or polluci (thumbs). Five feet made one passus (step). Ten feet made a pertica (perch). For longer distances, there was the furlong or stades, the mille passus (the mile of 1000 steps), and the leuga (1500 passi). For weights, the libra (pound, from the latin pondus, weight) was further divided into 12 ounces, which consisted of 24 scruples, composed of two oboli. The sextarius was a measure of volume not too different from a modern pint. Six sextarii made up a congius, 24 an urna, and 48 sextarii were an amphora. Divisibility by 12 made fractions easy.

The hyper-organised central Roman administration regularly shipped standards from the capital to the provinces, ensuring that trade was frictionless and measurements were fair. It is astonishing to think that almost 2000 years ago a set of faceless administrators ensured that 100 million people traded under a unified system from one side of Europe to the other.

This ended in Britain when the emperor Honorius withdrew Roman troops from Britain in 411, which resulted in the gradual disintegration of uniform weights and measures. It is likely that some of the older units came back into common use. As Germanic tribes gradually broke up the Western Roman Empire, Britain split into some seven separate kingdoms, which fought each other for centuries; Saxon invaders contributed to instability, but also brought with them their own units, including the German foot – somewhat longer than its Roman counterpart – and the Saxon pound.

The continuous warfare and economic stagnation continued until the 9th century, when Britain was finally unified. But its units remained a hodgepodge until King Edgar ascended the throne at the age of 16 after the sudden death of his brother Eadwig in 959. Over the next 20 years, he drew Britain together under a central monarchy. His reign was largely peaceful, and this left him the space to address measurements. Around his coronation in 973, Edgar issued a crucial decree. From his capital, Winchester, Edgar ordered that una mensura sicut apud Wincestram (the measure of Winchester be the standard for the realm). Although no names of these measures nor any standards have ever been found, the ruling was handed down by his successors. After the Norman invasion of 1066, William the Conqueror ordered that the Winchester standards be moved to the new capital, London. William wisely avoided changing the system of measurement to smooth his transition to power – changing measurements can be a way to breed resentment.

Over centuries, both the units of measurement and the systems to ensure their uniformity and correctness gradually evolved, but the Winchester measure endured. Few today know anything about medieval measurement. And yet, strangely, in British chemistry labs, solvents are distributed in ‘Winchesters’, a distant echo of Edgar the Peaceable’s decrees more than a millennium ago. Used for beer, the Winchester quart was also known as the chopin. Half a chopin was, mysteriously, known as a corbyn. Some time in the mid 20th century, the Winchester gallon was standardised as 2.5 litres – a convenient quantity to carry from store to still.

These older units remind us of a time when Europe’s measures, rules, and regulations were imposed by fiat, not by negotiation and agreement. But in uncertain and tribal times, units have acted as threads that help weave civilisation together – and when common units and rules break down, trade suffers. Cleave to your Winchesters, folks.