The forgotten British contribution to the Haber–Bosch process

The political scientist Wallace Sayre once explained why academic politics are so vicious. ‘Because the stakes are so low,’ he snarked. Some academic feuds start with an author list. Should one include the former supervisor of the young academic who did the calculations using his ex-boss’s code? What about senior professor whose instrument was used to collect some of the data? And then there’s the name order. Who goes first? Last? Should it be alphabetical? Contrary to Sayre’s maxim, for a young academic the stakes could not be higher.

This short-term focus has a darker side. What does all this matter if your name is completely forgotten a few years later? Such was the fate of Robert Le Rossignol, whose role in the invention of the Haber–Bosch process has, as the name implies, been totally neglected. It is only thanks to the historian Deri Sheppard that a real sense of Le Rossignol’s contribution has been made clear. 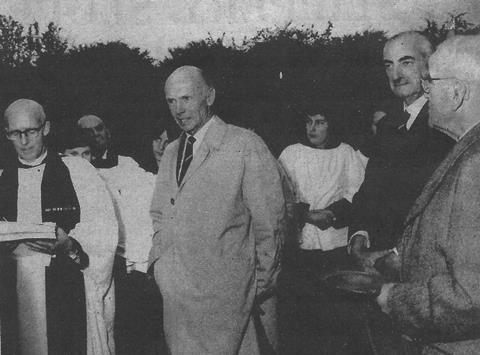 Robert Le Rossignol was born on Jersey in the Channel Islands. He studied chemistry at University College London, which was then led by the outstanding experimental chemist William Ramsay. Although some might sniff he ‘only’ obtained a second-class degree when he graduated in 1905, he had already won the departmental prize for experimental excellence in his first year. He was a student who loved to tinker and build stuff, and took a course in ‘mechanics’ in the engineering faculty. He may also have been inspired by the apparatus Morris Travers had constructed in Ramsay’s lab to liquefy hydrogen. By the time he graduated, Le Rossignol had published papers in chemical kinetics as well as in organic synthesis, and was probably a dab hand with a lathe or glass torch.

In 1906 he moved to Karlsruhe in Germany, where Fritz Haber’s initial experiments with ammonia were in progress. In Le Rossignol, Haber soon realised that he had a very unusual individual, as confident in chemistry as he was in thinking about manifolds and compressors. Within a few months Le Rossignol was Haber’s personal assistant. It could not have happened at a more crucial time. 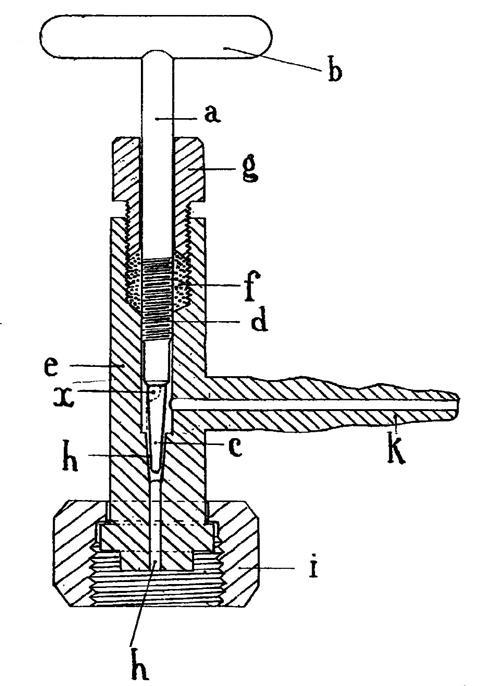 A few years earlier, Austrian industrialists the Margulies brothers had observed traces of ammonia in one of their processes. Alert to the commercial possibility of making artificial fertiliser, they asked Haber to look into it. Their offer was so generous that the reluctant Haber agreed and tasked graduate student Gabriel van Oort to study the thermal equilibrium of ammonia, nitrogen and hydrogen at atmospheric pressure over an iron catalyst at 1200°C. When van Oort’s results gave a range for the equilibrium constant, Haber reported only the value at the higher, more commercially viable, end.

The thermodynamics guru Walther Nernst disagreed publically. According to his calculations, Haber was wrong, and he challenged him to a public debate in 1907. Stung by the challenge, Haber asked Le Rossignol to repeat the work. Le Rossignol’s experiments – conducted with several catalysts and at different temperatures – failed to obtain the favourable figure. In the public debate Nernst systematically destroyed Haber’s results but also, somewhat sarcastically, suggested they make measurements at higher pressures.

Haber must have been furious. Le Rossignol and Haber now looked closely at Nernst’s work and realised that his own experiments were riddled with flaws. Le Rossignol set about extending the experiments, but with much more careful attention to the details of the gas flow. The pressures were so high the gas needed to be brought directly from the cylinder without a regulator, but with a simple shut-off valve, fine control was impossible. With another forgotten figure, the technician Franz Kirchenbauer, Le Rossignol designed a new valve, which consisted of a fine tapering metal cone with an angle of 88° that screwed into a conical valve body. The result was a narrow annular space that allowed the gas to be released with exquisite control, ‘bubble by bubble or, by opening the valve still wider, in a rapid stream’. It was the first real ‘needle’ valve and the design rapidly became part of modern industrial flow control.

As the work continued, Le Rossignol showed that the hydrogen–nitrogen equilibrium was well-behaved. Working across a range of temperatures and pressures, Haber and Le Rossignol amassed the arguments to comprehensively refute Nernst’s claims. When Haber got his hands on some uranium and osmium catalysts from the Auer company (Chemistry World, October 2015, p51) and found them to be effective, Le Rossignol added a liquefier to allow the ammonia generated in the reactor to be removed continuously from the system.

As the work continued, Le Rossignol showed that the hydrogen–nitrogen equilibrium was well-behaved. Working across a range of temperatures and pressures, Haber and Le Rossignol amassed the arguments to comprehensively refute Nernst’s claims. When Haber got his hands on some uranium and osmium catalysts from the Auer company and found them to be effective, Le Rossignol added a liquefier to allow the ammonia generated in the reactor to be removed continuously from the system.

On 2 July 1909, the prototype reactor was started in the presence of visitors from BASF, generating half a kilo of ammonia overnight. It was a dramatic success. As the focus shifted from lab to scale-up, Le Rossignol’s work was over. He joined the Osram lighting company, then was interned when the first world war broke out in 1914. He was released, perhaps through Haber’s intervention, and moved back to the UK after the war. There, he spent the rest of his career doing research with the General Electric Company, his salary supplemented by royalties from the ammonia patent of which he was co-inventor.

There is no evidence that Le Rossignol resented his obscurity as Haber and Carl Bosch overshadowed him. He and his German wife remained friends with Haber until the latter’s death in 1935, and steadily gave their wealth away to charity. Perhaps some academics I know could take Le Rossignol as a role model; after all, the stakes may not be as high as you think.