You weigh in on Grenfell towers, mandatory retirement and plastics pollution

Most chemists of more mature years will recall that our infrastructure used to be advised and protected by in-house scientific services departments. We had sections in British Rail, the Central Electricity Generating Board, London Transport, Greater London Council and other larger local authorities across the country, such as water and gas boards. These sections often liaised with each other and shared testing and information. Their heads had a say at board level and contributed to preparation of safety standards. One of their prime functions was to advise on fire safety, and many carried out their own fire tests on materials of construction. They would have instantly recognised hazards when other departments were more concerned with budgets, costs, use and design.

The last 30 years have seen the breakup of many of these infrastructure organisations into smaller groups, with the consequent decline of in-house practical scientific services and knowledge. Many such functions were outsourced to independent external laboratories and I wonder if, by focusing on costs, some of the sound advice that could have been provided by these groups has been lost. 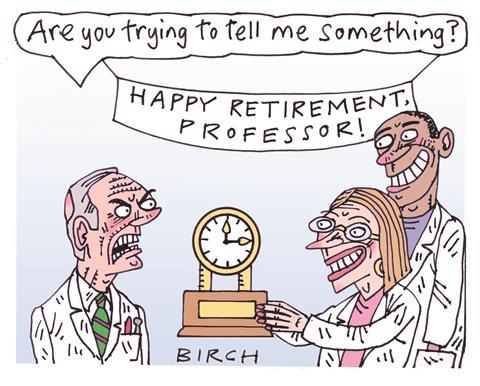 Of course academics should be required to retire at a certain age (Chemistry World, July 2017, p57). In the first place, who are they to judge their own fitness to continue? Second, long-serving academics have a final salary pension which many industrial chemists would envy, most will have paid off their mortgage and their children will have left the nest. Retired academics should be offered an honorary position and a desk (a hot desk perhaps?). If they are as good as they believe themselves to be, they’ll have no problems obtaining grants or winning research contracts. This would be a win–win situation for all concerned.

Having supervised a PhD project on plastics recycling, I welcome the opinion article of plastics by Mark Peplow (Chemistry World, July 2017, p15) but I think that he has missed some important points. The article fails to mention density-based separation (float or sink), which would be able to separate mixtures of plastics; it also it did not mention froth floatation, which can separate acrylonitrile-butadiene-styrene (ABS) from polystyrene.

I think that one of the greatest problems in plastics recycling are composite materials. Unless mechanical pretreatment can separate the different materials, it will be impossible to separate them based on physical properties alone. While in some cases it is possible to chemically recycle polymers, it is important to note that not all polymers can be recycled in this manner. Chemical recycling can be used to recycle mixtures of plastics if they differ greatly in reactivity or if the monomers can be separated with ease. For example, polylactic acid reacts with methanol to form methyl lactate under much milder conditions than those required to digest polyethylene terephthalate into ethylene glycol and dimethyl terephthalate.

When such methods cannot be used, another option is to use a compatibiliser. Many of these are block copolymers which decrease the surface tension between immiscible polymers, this will improve the mechanical properties of mixtures of plastics. The worst mixtures are of polymers such as nylons with glass fibre, as the latter will make thermal processing very hard and can melt during energy recovery by incineration. I have horrible visions of fluidised bed incinerators being glued up with a mixture of glass and sand, while a large amount of glass fibre could make something horrible happen in a grate incinerator.
Mark Foreman CChem MRSC
Göteborg, Sweden

I applaud the comments by Jennifer Newton on ‘responsible catalysis’ (Chemistry World, July 2017, p32). I have followed reported developments in hydrogen generation, fuel cells and related topics for nearly 50 years and Newton is spot-on when she hits out at platinum metals, particularly in the case of the much-reported use of ruthenium in some of these areas of research.

In 2016, the total global consumption of oil, natural gas and coal, reported in terms of oil equivalent, was about 11 billion tonnes – 30 million tonnes per day. Speculation on the future course of consumption and likely remaining reserves indicate that those realistic catalysts will be most welcome.
Michael Parrish FRSC
Morpeth, UK