‘Reigniting the match’I was amazed when reading your article (Chemistry World, October 2016, p80) that the author states, when searching for a source of ignition: ‘It cannot be the coal itself; heaps of the stuff in bulk seems indefinitely stable in air.’ Having spent a part of my time in the coal industry trying to prevent spontaneous combustion in coal storage piles, or while the product was being transported in barges and ships, I can assure the author that this statement is completely untrue.

Coal stored in bulk with access to air (oxygen) is liable to spontaneously combust unless measures are taken to prevent it. My own experience ranges from burning stockpiles in Australia to coal on fire while being barged down the Mississippi. The mechanism is chemistry writ large, and prevention is either through restricting the access of air or dissipation of the heat resulting from oxidation to prevent an increase in temperature and hence the rate of reaction.

Our chemistry department at the Unviersity of York has now hosted three Syrian refugee scientists with the help of the Council for At-Risk Academics (Cara), the Scholar Rescue Fund and the university. Even if it seems like a drop in the ocean, it makes a huge difference to individuals. Meanwhile, the human rights of academic scientists have been trampled over in many countries, and not just those torn apart by war – other examples include Turkey and Venezuela (see Chemistry World, October 2016, p18).

I have just returned from the biannual conference of the International Human Rights Network of Academies and Scholarly Societies, which campaigns on behalf of such people. We have strong evidence that such campaigning works.

If any of Chemistry World’s readers encounter examples of the human rights of academic scientists being violated, they should contact the network, or me, to let us know so that we can act.

Reviewing the war on drugs 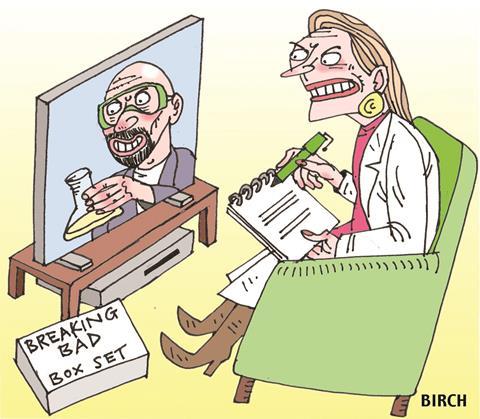 Reading Peter Seeberger’s comments on home synthesis systems (Chemistry World, September 2016, p23), I was struck by the challenges remaining to keep such devices from being appropriated for nefarious purposes. I cannot begin to imagine how a device could produce something even as simple as ibuprofen without also being capable of producing something like methamfetamine. This causes me to wonder whether now is a good time to review our current war on drugs.

I’m not suggesting we need crystal meth available in all good drug stores. But perhaps, with governments around the world considering varying stages of legalisation, updating the law is a more manageable approach. The recent UK Psychoactive Substances Act has already come under fire as unenforceable and I somehow doubt that will become easier with personal synthesis devices. While concerns about homebrewed chemical warfare agents and explosives means such devices will always need regulation, anything to discourage dangerous experimentation with untested drugs must be a positive.

Is anything truly useless?

The recent article describing the isolation of a new antibiotic from nasal bacteria (Chemistry World, September 2016, p46) prompts me to widen a challenge originally given to a group of problem-based learning (PBL) students in materials science to get them accustomed to working in groups.

First-year students were split into teams and required to suggest five items that are completely useless. It was the job of every other team to find uses for them. There are few limits to the imagination of the teenage mind and one group suggested nasal mucus. Other teams countered this with uses such as adhesives and forensic identification, but no one suggested a source of antibiotics.

The exercise, while being fun, has wider ramifications. It goes to the heart of what is now called the circular economy. It highlights the fallacy of waste and it nods to the cyclic processes of living things. It questions our obsessive need to attribute ‘value’ to material goods and the consequences for the environment of our rankings. The recent discovery also speaks to the way we allocate funds for research; fashion-driven research may not be the better path: important discoveries might emerge from humble sources.

So here you are. I challenge Chemistry World readers everywhere. Find five items that are completely useless.

Editor: The gauntlet has been thrown down. Send your suggestions to the usual address. And no, we don’t accept celebrities or politicians as answers… 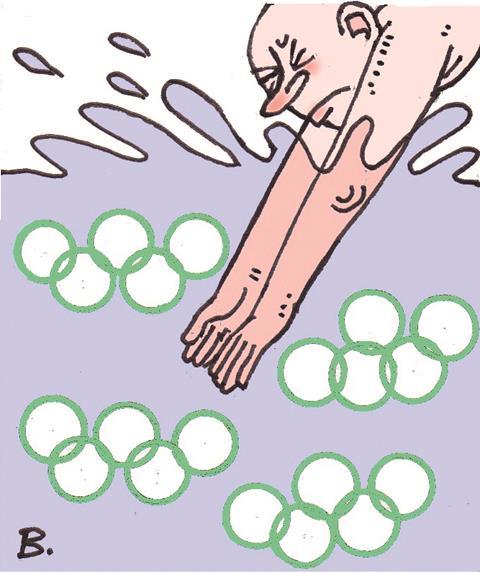 Patrick Walter’s sceptical comments about the lack of good chemistry resulting in the green diving pool at the Rio de Janeiro Olympics (Chemistry World, September 2016, p6) were, I believe, well founded. Any experienced water chemist or biologist could see even from the TV footage that it was a typical algal bloom and, as the divers could not see the pool bottom, it was a very significant one. This, I suspect, meant a complete lack of any disinfecting agent, and in the UK the local environmental health folk would have closed the pool immediately.

Even when swimmers shower before entering the pool, they are still shedding skin cells and accompanying bacteria into the water for fellow swimmers to imbibe. It is fortunate that the algae were seemingly green algae rather than blue-green; many of the latter produce toxins like microcystins that can be fatal if ingested. When I worked in the water industry, the appearance of blue-green algae in a reservoir would prompt us to put up notices warning dog owners to keep their pets out of the water. If there is such a thing as an Olympic health and safety group, I think they should be considering their position for allowing athletes to be put at risk.

I really enjoyed the article Chemistry under pressure (Chemistry World, August 2016, p50) with its explanations, theories and illustrations of the different chemistry that occurs under conditions of high pressure.

I was especially struck by the finding that iron oxides (and presumably other metal oxides) found in the Earth’s mantle decompose to release oxygen. I believe that this may have great relevance for the generation of life on Earth.

I have long been sceptical of the idea that life developed under reducing conditions as is usually believed. The most important and ubiquitous molecules of life are highly oxygenated species, such as the carbohydrates (which are so important in RNA and DNA), the high oxidation state of phosphorus and of course water itself.

There is a tacit assumption that the Earth’s water arose from life and not vice versa. That oxygen can arise from the sort of pressures and temperatures that occurred in the early stages of the formation of the planet before life existed and that aerobic life forms developed early suggest to me that it is more likely that life arose under oxidising conditions.
Bruce Davison CChem FRSC
Asques, France

I really like the new re-design of Chemistry World. It’s very slick, modern and fresh. I like how the online version and the email newsletters all work together. The matt paper is great too; I’m not quite sure why but it makes the articles easier to read.
Mario Moustras CSci CChem FRSC
London, UK

First (in the time of my membership) there was Chemistry in Britain, with authoritative articles by experts in their fields; next came Chemistry World, a smaller and less august format with articles mainly by science writers; now we have the new Chemistry World, containing science fiction in a smaller, less legible font on what looks like cheaper paper, not redeemed by a uniformly unattractive design.
Alan Aldridge CChem FRSC
Oxted, UK