Journey to the West Country

After reading your recent location guide on North Carolina (Chemistry World, September 2016, available online), I thought it would be of interest to give you a perspective on how we are trying to support the chemical sciences in south west England. 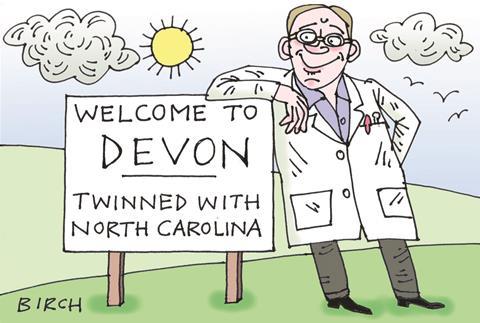 Chemistry in the south west can only be described as having undergone a considerable decline in the past decade. The University of Exeter’s closed its chemistry department in 2006; Pfizer chose not to renew a contract with Tripos Discovery Research, which was followed by staff leaving its £16 million state-of-the-art facility in Bude, Cornwall. Only a few years later Thermo Fisher Scientific decided to close Maybridge’s Trevillet site.

It is not all bad news. Key Organics is still going strong. New firms have also come to fruition, including Advanced Chemical Intermediates, AKL Research, Atlantic Chemicals and Darr House Molecular Innovation (of which I am managing director).

This resurgence isn’t just about selling chemicals; it is also about trying to reach out to develop collaborations so that fundamental chemical research can be undertaken – and hopefully attract investment back to the south west. Darr House has recently teamed up with the University of Exeter to develop a novel insecticide based on a natural product. This has led to the creation of a PhD studentship (which started this academic year), in conjunction with the Biotechnology and Biological Sciences Research Council. The chemistry has been brought back to Exeter. Watch this space.

Editor: We already have a few location guides planned that will look at the UK (Cambridge and Northern Ireland will be coming soon), but we’ll keep south west England in mind for later instalments.

I was very interested in the article on the potential for the future for deuterated medicine (Chemistry World, July 2016, p48). In 1968, while at Leeds University, I went to a lecture by Alex Comfort and he happened to mention that while we could go for 11 days without food our limit without water was two days. This triggered a memory that I’d heard that all water contains deuterium, that it forms stronger bonds and that D2 O was poisonous. I wondered if, because of deuterium’s stronger bonds, we might be accumulating deuterium during our lifetimes and that it might be an initiator or contributor to our ageing process. I discovered that there was a group for research on ageing based at Leeds General Infirmary, and that its chair was trained as a chemist. He understood and liked my idea and encouraged me to follow it up.

I found the informative book Biological Effects of Deuterium[1] and spent much of the next two years learning about the biological effects of D2 O. Rats, I discovered, fed on 50% D2 O died early (within a few months) and, importantly, when dissected showed the major ailments of the elderly. I organised a friend to monitor weekly feeds of mice, alternating 50% D2 O and water. The mice lasted longer than the rats but the friend left and I could find no one to dissect them. I did get some H/D ratios measured from some elderly medical samples; they were suggestive of enrichment but inconclusive.

In 1972, I submitted my paper to the journal Mechanisms of Ageing and Development[2] and in 1974 I was the plenary speaker at the Second International Conference on Stable Isotopes. I also devised a science fiction story about a child brought up in a deuterium-free bubble cage so that he might have eternal youth – but he kills himself because he has no human physical contact.

My theory is now one of the accepted possible theories of ageing. It is therefore refreshing to read how pharmaceutical companies are utilising the stronger deuterium bond – and that eventually we will be taking smaller doses of deuterated medicines than we are taking now.

I have no real personal interest in the outcome of the UK’s EU referendum, but your recent correspondents seems to have drawn a dubious conclusion from the result (Chemistry World, September 2016, p5). The question in the referendum was generally interpreted as one which invited the choice between what we had (membership of the EU) and something different (unspecified). All that was determined was that the majority of those voting wanted something different – they didn’t say what because they weren’t asked.

One major area of debate was immigration. The effect of net national migration is measured and forecast by national governments, which (in the UK at least) do much to predict the impact of such flows on infrastructure and, in conjunction with local authorities, provide funding and facilities. So, in my view, much of the argument was just so much hot air. What was lacking was any sense of purpose or vision on either side. The net result is that 40 years of co-operative endeavour is now much closer to the waste paper basket. This makes me sad, because some of the work was mine and I didn’t get paid for it. Still, as one of the ‘experts’ of whom the UK has heard quite enough of, I suppose that is the reward I should have expected.