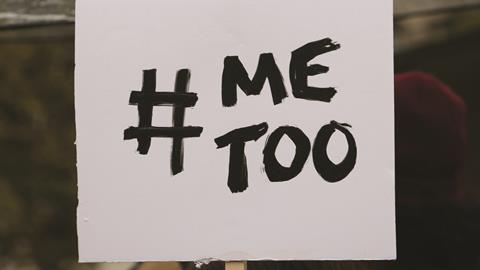 Me too: harassment in science

‘Within 10 minutes he had touched my leg’

‘Just sit at the other side of the meeting room to him,’ they said. ‘He’s just being friendly.’ That’s what I was told when I reported inappropriate behaviour in my workplace. It was early in my career and at the time I had envisioned a climb to success fueled by my unadulterated ambition. I quickly realised that the climb for a lot of women involves dodging grabbing hands and inappropriate advances.

Over half of all women in the UK have experienced some form of sexual harassment at work, according to a report by the Trades Union Congress and Everyday Sexism. This seems to have come as a surprise to some; for many it isn’t a shocking revelation, just a normal experience. In the past year we’ve finally started talking about the problem. The allegations against Hollywood mogul Harvey Weinstein were a spark to touchpaper that has led to numerous women coming forward, with many sharing their experiences using the hashtag #metoo. The outpouring has been so potent, so epoch-defining, Time made ‘the silence breakers’ its persons of the year 2017.

This has also resulted in a great division – between those acknowledging the prevalence of sexual harassment in our workplaces and those warning of witch hunts. But we can’t ignore this problem any longer: it’s as much a problem in science as it is in other workplaces. And while I can’t speak for those who have shared their experiences, or even begin to imagine how many others have stories that are yet untold, I can share what happened to me.

It was the first meeting with a senior colleague. He was in his 30s and married. Within 10 minutes he had touched my leg.

I instantly felt incredibly uncomfortable, but brushed it off as an accident. Of course it was; why would a young married man think that was appropriate? Wasn’t that sort of thing reserved for old men, still used to a different time when such things were accepted? How could someone walk into a job and feel so comfortable in their position that they could act like that? It was an accident. It was definitely was an accident.

A few moments later, he touched my knee.

It didn’t stop. Every time we met, he would greet me by calling me ‘gorgeous’ and ‘beautiful’. This wasn’t the mutual respect I expected from colleagues when I started my career – it was as belittling as it was unsettling.

I had no idea what to do. All I knew was that I dreaded those meetings. I would worry about what I was wearing, stress about how I could get away from him. I felt embarrassed, ashamed and wondered if it was my fault. Of course I was going to feel that way: this is what we teach girls from a young age. We mould women to be quiet and passive, teach them to feel embarrassed so that they have to keep our secrets safe.

If a friend had described this experience to me, I would have told them that it was sexual harassment and they should report it. But despite my reputation of being a bit of a feminist loudmouth, and someone who has championed women’s rights to help to create policies that support women in Stem throughout their careers, I initially didn’t consider telling anyone. I didn’t even recognise it as harassment; I was so busy telling myself that I had misinterpreted his friendly demeanour and that it was all a misunderstanding.

Eventually, I got my thoughts together and reported it. The response was lukewarm: it wasn’t discussed with him and I was told to start sitting on the other side of the table if I didn’t want to be touched. Clearly, I hadn’t realised that it was customary to touch people’s legs when discussing the annual figures. All I could hope was that I would find a new job that got me away from this issue; my discomfort at work wasn’t enough of a concern.

Luckily, I did find a new job that gave me the opportunity to leave that situation behind. The jubilation didn’t last long. This chain didn’t stop with me. As this issue hadn’t resolved by addressing his behaviour, I feared that if another woman took on my role that she, too, would find herself exposed to his advances. You can imagine the guilt I felt when I found out that my role was being handed to an 18-year-old apprentice.

This is happening every day in our workplaces. Our labs, our offices, our staff rooms. Now isn’t the time to debate where the lines of appropriateness lie, or question whether these reports of workplace harassment matter. We need to focus on the people behind these stories – the victims and the perpetrators – and make sure we stamp this out of our culture.

Because as some people shout ‘witch hunt’, too many others are saying ‘me too’.