Science at the speed of light

Fail. This word (the noun, not the verb) has, in recent years, become a common term of abuse among those ‘sceptical’ of mainstream science (genetics, climatology, vaccination); a term dripping in vitriol that combines the jeering ‘I told you so’ with implications of stupidity and ignorance for the target.

But in reality, failure is a pillar of science. When an experiment doesn’t match your prediction, it is a failure – perhaps of design or execution, or perhaps of your idea. As Richard Feynman memorably put it, no matter ‘how beautiful your guess is … how smart you are … who made the guess or what his name is … if it disagrees with experiment it is wrong’. In this case, doesn’t failure constitute learning? 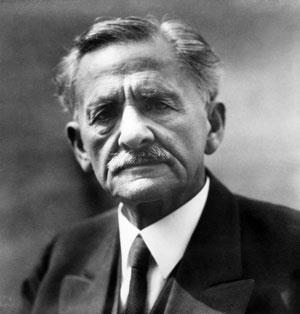 Among the greatest of failed experiments are Albert Michelson’s measurements of the speed of light, failures that would usher in a new era in science and a new understanding of the motion of everything, from electrons to galaxies.

Michelson was born in what is now Poland, but at the height of the California gold rush, his parents emigrated to America. He studied physics at the Naval Academy in Annapolis and then stayed on to teach the cadets. He discovered his vocation by accident when setting up a demonstration of the beautiful Foucault–Fizeau experiment to determine the speed of light: a beam is bounced off a rotating mirror, travels to a fixed mirror and retraces its path back towards the source. But, because the first mirror is moving, the returning beam is displaced from the source by an amount that depends on the rate of rotation and the speed of light. By collimating the beam, Michelson increased the precision of the measurement by a couple of orders of magnitude. Precision would become Michelson’s watchword.

Léon Foucault had conducted this experiment to show the speed of light in water was slower than in air, rejecting Isaac Newton’s idea that light was ‘corpuscular’. But the wave theory favoured by Foucault and others could not explain the aberration of starlight – the tiny deviations of stars from their observed positions resulting from the motion of an observer on the orbiting and rotating Earth. This inconsistency was, it seemed, resolved by Augustin-Jean Fresnel’s suggestion that light travelled through a fixed, but intangible, medium, the ‘luminiferous aether’, an idea that afforded the tantalising opportunity to measure the absolute velocity of the Earth’s motion through space.

Michelson, who was given leave of absence to study in Germany in 1880, decided that this was the problem to attack. He set up the first version of his famous experiment in the Physical Institute in Berlin: a beam of light was split into two perpendicular beams, each travelling towards two identical mirrors. On reflection, the returning beams created interference fringes. By rotating the whole apparatus, Michelson expected to see the fringes move as the ‘wind’ caused by the Earth’s motion through aether-filled space would alter the speeds of the two beams.

In practice, it proved maddeningly difficult – any vibration made the fringes nearly impossible to observe. After several redesigns, he moved his interferometer to the basement of the Astrophysical Institute in Potsdam, on the city’s outskirts, but even here ‘the stamping of the pavement about 100 yards from the observatory’ killed everything. However, working at night he gradually collected the data. And to his astonishment neither the orientation of his device, nor the time of year seemed to make a difference. The fringes didn’t budge. 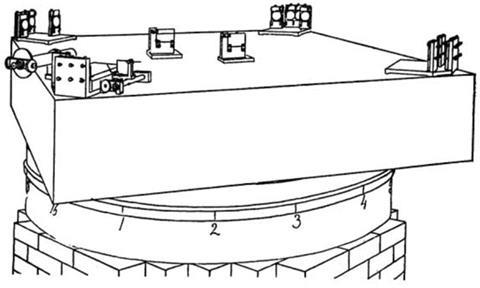 Michelsonâ€™s measurements revealed the speed of light was constant

After moving to Clark University, US, he built an improved apparatus in the laboratory of Edward Morley. To dampen vibrations, he mounted his mirrors on a massive sandstone slab, floating and turning slowly like a lighthouse, in a bath of mercury. Morley did most of the construction, as Michelson was ill. But when the kit was ready, Michelson was there, insisting that Morley be a full partner.

Yet again the result was null, and Michelson despaired for physics, saying ‘Our future discoveries must be looked for in the sixth place of decimals.’ But the paper set off shock waves across the world. At a meeting in Paris in 1900, Lord Kelvin seems to have badgered Michelson enough that a third experiment was set up. Any difference in speeds was shown to be less than one part in ten thousand: there was no aether, and the speed of light was invariant. In 1905, Albert Einstein’s special relativity swept all before it, and Michelson was awarded the Nobel prize in physics in 1907.

Today, Michelson’s legacy is everywhere: miniature descendants of his apparatus sit in our infrared spectrometers, interference fringes betray the secrets of excited atoms, and continent-sized interferometers scan the universe.

Yet in spite of all the honours, Michelson always thought his experiment was a disappointment. After all, you don’t build the most elegant experiment in the world not to observe something exciting. So when your next experiment doesn’t work, ask yourself: did you screw up? Or is Michelson’s ghost trying to tell you something? In science, failure is not an option.