Science and the arts are equally essential to society, says Philip Ball. Don’t divide them by their differences

I was recently asked to judge a sixth-form art exhibition at a local school. In my introductory remarks, I alluded to recent suggestions that we should move from thinking in terms of Stem (science, technology, engineering and maths) toward Steam, where the ‘a’ is the arts and humanities. I had no idea that this notion, which seems to me to be both plain common sense and a reflection of what education should entail, would animate the arts teachers as much as it did. For their workplace had recently been designated a ‘Stem school’, which they saw as an indication that they were surplus to requirement. 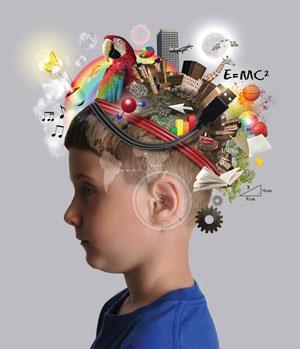 I was reminded of this as I read an article by Alex Preston in the Observer, commenting on the decline of funding and support for the humanities in British universities in favour of Stem subjects. The argument is that because Stem more obviously brings in money – industries will pay for technological expertise, say – and contributes in a more readily quantified way to ‘wealth creation’, it is more valued by politicians who increasingly seem to regard these functions as priorities for academia. As Sarah Churchwell, professor of literature at the University of East Anglia, put it, politicians ‘are creating a zero-sum game where they say “resources are limited and we’re only going to give them to the sciences”’.

The article has excited a great deal of debate. Some scientists have responded that we’re all in this together: the issue is about academic autonomy, not a re-run of the ‘two cultures’ battle fought in the 1950s by C P Snow and F R Leavis. Academics of all stripes are feeling the squeeze on higher education, and the humanities professors’ complaint that universities are being run like businesses by bean-counting mandarins and government puppets with an eye on the profit margin is the same one that’s raising voices and blood pressures among academic scientists. Expecting researchers to justify their work on the grounds of what it will contribute to the economy five years down the line has the same stifling effect on creativity in both the arts and sciences. Indeed, the only creativity it promotes is forcing scientists to embellish their grant proposals with overblown fantasies.

But the real issue is even broader. The growing movement internationally for ‘Steam not Stem’, especially in the US, often makes the argument that without the arts there will be no creativity at all. Churchwell implied this: ‘The ruling elite have humanities degrees … they can test premises, they can think outside the box, they can problem-solve.’ It is depressing to see a humanities academic suggest that these qualities are not found in the sciences. I’m not sure that Churchwell really believes it, but this kind of divisive talk is precisely what the current blinkered approach to academic institutions is fostering.

The US organisation Steam Not Stem, based in La Jolla, California, makes a similar claim that ‘Arts education is a key to creativity’, and that without creativity, there will be no innovation in any field. I’m sympathetic to their objectives, but this agenda not only ignores the creative aspect in science (and let’s not forget Ron Breslow’s claim that chemistry is ‘the creative science’), it risks reducing creativity in the arts to a mere instrument for technological innovation and thus wealth creation.

It is tempting to construct an economic case for the arts, as the UK’s Commons Select Committee for Culture, Media and Sport did in its 2013 report Supporting the creative economy, by pointing out how much the ‘creative industries’ contribute to GDP. But cash-value vindication misses the point: of course the arts contribute to the economy, but that can’t be the justification for sustaining them. Without a healthy arts component, education is simply incomplete, not worthy of the name.

Curiously, Steam Not Stem raises the fear – a useful motivator in the US, perhaps – that China is doing better. ‘Art education constitutes an important component of teaching in primary and secondary schools in China,’ it says. Yet Preston’s article portrays China as an example of what happens when the arts are neglected and learning becomes about the rote repetition of facts.

China is one of the few countries where the leaders are scientifically trained · many, including former president Hu Jintao, have been engineers. Here it is easy to see some basis for Churchwell’s comment about scientists with ‘linear, one-solution models’ – China’s problems are often tackled with mega-engineering, such as building massive dams. But the reason for that is more subtle than blinkered science-think. It’s a tradition that goes back literally millennia, and it’s more appropriate to say that such leaders flourish in China because of the cultural predilection for such projects, not vice versa. The arts, meanwhile, are undoubtedly cherished in China, but attitudes to creativity are traditionally different: individuality is a hard-won privilege of years of study, not the essential ingredient of early success.

Where does all this leave ‘Steam not Stem’? Ultimately, it is about our vision of the people and society we want. Without the arts and humanities, both will be half-formed. Academics should be united on that.