We need to make sure safety clothing fits both genders 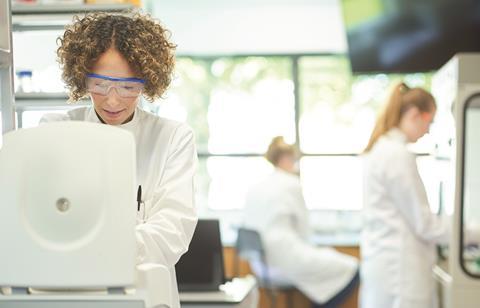 People come in all shapes and sizes. It’s a bit of a self-evident statement, but one worth spelling out again given last month’s report by Prospect on women’s personal protective equipment (see illustration, right). The survey of 3086 women across all industries, done in partnership with several women’s science bodies, asked a simple question: does your protective clothing fit? The authors had hoped for some improvement since a similar survey in 2009, which had found women often wore ill-fitting equipment but accepted it as the status quo.

Alas, such hopes were misguided. A mere 29% of respondents said their protective clothing was designed for women. And even in the one area where standards were better – safety footwear – respondents reported that women’s variants, although available, usually came in one colour: pink. Common words women associated with their garments included ‘manly’, ‘wrong size’, ‘doesn’t fit’ and ‘uncomfortable’. Some reported being likened to MC Hammer, a Teletubby or a sack of potatoes.

This isn’t merely a cosmetic issue. Of the respondents working in R&D, more than 60% said their protective equipment had hampered them at work. As Emma Dennett observed on Facebook, for a woman’s hips to fit ‘a lab coat needs to be so large across the shoulder and in the arms as to be a hindrance. So many [women] wear them open from the waist down.’ This, when you think about it, defeats the whole point of wearing one.

While these findings do need a note of caution (comparative data for men was unavailable, and I imagine few lab workers of any gender rave about the luxuriant comfort of their safety specs), there’s clearly a problem with an easy fix. Companies just need to make sizes of clothing that better suit a woman’s body shape, and stop patronising them by assuming they want a version in pink with sparkly princesses and unicorns (although there’s nothing wrong with having that option for anyone who does).

This isn’t an alien concept, even to the most rigid of mindsets and cultures. In Grunt, reviewed on p47, Mary Roach talks extensively about how the US armed forces had a set combat uniform that didn’t fit women. Instead of ignoring the problem, they developed an alternative with redefined dimensions, relocated pockets and a different cut to better suit female movement. Interestingly, they quickly found that it also helped male soldiers of shorter stature, too.

Comfort will always be a secondary concern when it comes to safety equipment, but there is simply no excuse to keep ignoring this issue. Asking for kit that fits properly is the universal right of all staff. People come in all shapes and sizes; it’s time their work apparel did, too.