Warts and all guides to forensics make sense

Forensic science has a certain glamour about it these days. The Soco (scene of crime officer for those not familiar with the jargon) has become a television staple. Crime dramas tend to lean heavily on forensics as a prop around which to drape its storyline. In these instances, forensic work is held up as something almost magical, infallible. Once the evidence is in – that breakthrough bloodstain or clothing fibre – they can nab their villain and they’re caught bang to rights. But these programmes often don’t do justice to the science – and forensics is a science just like any other. This means that it runs up against exactly the same limitations: problems with samples, contamination, uncertainty. 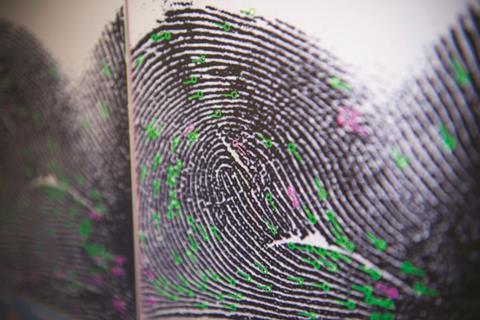 Given these TV portrayals even those that work in the criminal justice system can be swayed by tales of irrefutable evidence by expert witnesses. But the first of a new set of primers written by experts in their field is fighting back against the notion of faultless forensics.

A collaboration between the judiciary and the Royal Societies of London and Edinburgh has put together the first guides to understanding scientific evidence in the courtroom.

So far, primers have been completed for DNA fingerprinting, that mainstay of modern crime dramas, and a relative newcomer, gait analysis, a technique that aims to match the way a suspect walks with video that is supposedly of them. What’s pleasing is that they don’t shy away from the problems of these techniques. They’re a warts and all analysis that not only explains how these techniques work but where they can fall down. DNA fingerprinting can run into problems when the sample quality is poor or too small, but its scientific pedigree is unquestioned with good supporting evidence for the technique. However, the jury is still out on gait analysis, as the evidence base is revealed to be non-existent.

Bringing science into the courtroom in a way that is accessible by all is something to be applauded. By explaining the limitations and the evidence base backing up forensic techniques, these guides provide an antidote to the perfect picture painted by CSI and its clones. Just as witness testimony has its limitations, forensics has its too. Getting judges and, hopefully, lawyers and juries to recognise this is no bad thing. Dispelling the myth of infallible forensics evidence doesn’t weaken the science, it can help to strengthen its hand in court by acknowledging where it’s on firm footing. After all, understanding these limitations isn’t just something of academic interest. People’s lives and freedoms depend upon it.