The mesmerising magic of magnetic mixing 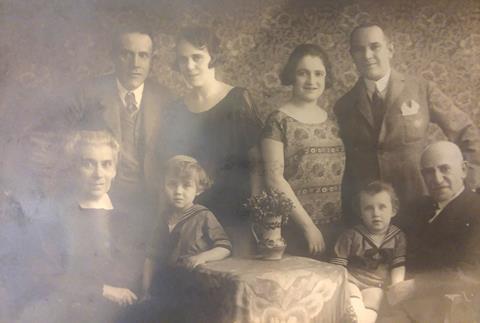 Magnetic stirrers are pretty humdrum pieces of kit. Yet when a colleague took one to an art school a few weeks ago, the audience was so mesmerised by the tinkling flea that it took some time before they could focus on his talk.

In the 20th century, mixing reactions was increasingly a problem. Some chemists attached electric bells to the top of the flask to vibrate their flasks gently. If proper stirring was needed, they used a flail or paddle of glass or metal spun by a compressed air-turbine or electric motor (such as Emanuel Hershberg’s) clamped to the stand above the reaction. But those machines would be almost entirely swept away for routine reactions by the magnetic stirrer, the brainchild of Arthur Rosinger.

Rosinger was born in the Transylvanian town of Nagyvarad, also known as Oradea or Großwardein, the multiple names a reminder of the now-lost cultural mosaic that was much of Central Europe before the world wars. He later moved to Koloszvár (Cluj-Napoca) to study at the Royal Hungarian Franz Joszef University. His thesis was devoted to the study of the photosensitivity of bitumen, the basis of the earliest method of recording images. Rosinger would become something of an expert in colour photography. During his time in the lab he also devised a modified Soxhlet extractor with the delicate syphon, protected from breakage, inside the reservoir. He would gain a reputation as something of an inventor, although few traces of his early ideas remain.

After he graduated he was appointed as the municipal health analyst in his home town, where in 1913 he made his mark by spotting a local milk-dilution scam. But then the first world war broke out; Rosinger was dispatched to the northern front as a lieutenant in the infantry. Within weeks he was machine gunned in the arm and hospitalised in Vienna. After returning to the battlefield, in 1915 he was captured by the Russians and interned in Kiev.

Only after the war did he go back to his lab in Oradea; he was promoted to the equivalent position in the much larger Cluj-Napoca in 1921. During this period he became involved in the local Zionist movement, part of wider agitation for a Jewish homeland to be established in Palestine. In the same year, Rosinger became a teacher in one of the network of ‘Tarbut’ schools for Jewish children, possibly in parallel with his government appointment.

Yet rather than go to the east, in 1924 he and a group of other young men decided to seek their fortunes in the US. New York was tough. In his late 30s he worked as a runner and errand boy before eventually finding employment in a factory. He finally got a stable lab job in the Natural Products Refining Company in New Jersey, a company that specialised in chromium for leather tanning, and became a US citizen.

In 1930 he returned to Europe, giving a cheerful interview about his time in the US, warning others of how tough it was to ‘make it’ over there. He married Roszi Schwarz in Budapest and the two sailed to the US together in 1931. Almost nothing is known of their life together, other than their desperate attempts to get Arthur’s parents and two brothers out of Europe in the late 1930s. The entire family was murdered at Auschwitz; it left Arthur embittered to the end of his days. Roszi, a wonderful cook, kept alive the memory of happier times. 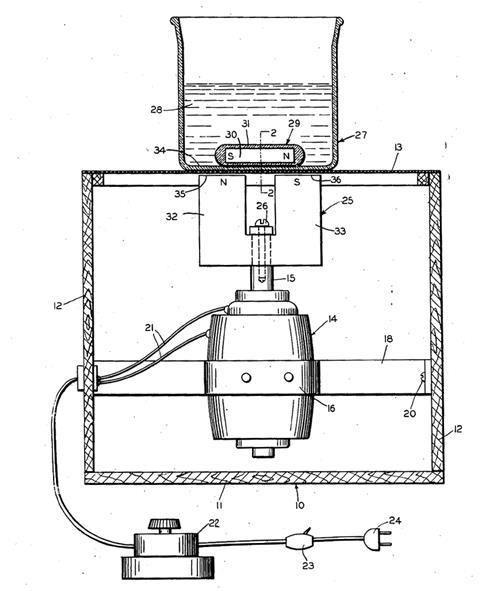 Source: The United States Patent and Trademark Office 2; 350; 534/A. Rosinger

Just a few refinements were needed to develop the modern magnetic stirrer from Rosinger’s original design, shown above

It was while working in New Jersey that he developed his magnetic stirrer. Submitted in 1942, the patent shows a metal box containing a small motor driving a small horseshoe magnet. A short metal rod, coated in glass or ceramic, would follow the spinning magnet below. In 1949 he patented a design for a stirrer with an integrated stand. It is not clear whether he ever licensed these patents. But the idea of a magnetic stirrer was now out in the open. The German firm of Janke and Kunkel caused a sensation at the 1950 Achema trade exhibition with its first commercial magnetic stirrer.

Numerous patents started to appear, including a follow-up from Rosinger who proposed adding baffles to the beaker to maximise turbulence and protect the flask if the stirrer bar began to jump. More significant was a patent from American chemists Howard Asp and John Rolfe for a Teflon-coated stir bar, hexagonal in cross-section, but with a rib around its middle to keep the stirrer from dragging in the flask or beaker. The modern stirrer was complete. Rosinger filed one final patent in 1968, but died before it was published.

For those who’ve never seen one, magnetic stirrers are a delightful reminder of Arthur C Clarke’s dictum that any sufficiently advanced technology is indistinguishable from magic.

I am hugely indebted to Anat and Robi Koren for their help in following Arthur’s trail in the pre-war Hungarian press, and to Chana Frid for sharing photographs and information about Roszi.