The morbid yet elegant chemistry of decomposition

It is the final, devastating consequence of the second law of thermodynamics that everything tends towards disorder. In practice, this means that any material, from a modern polymer to an ancient metal, will ultimately degrade into a collection of small molecules. And like all aspects of life, in death, the human body is not exempt from the fundamental laws of physics. 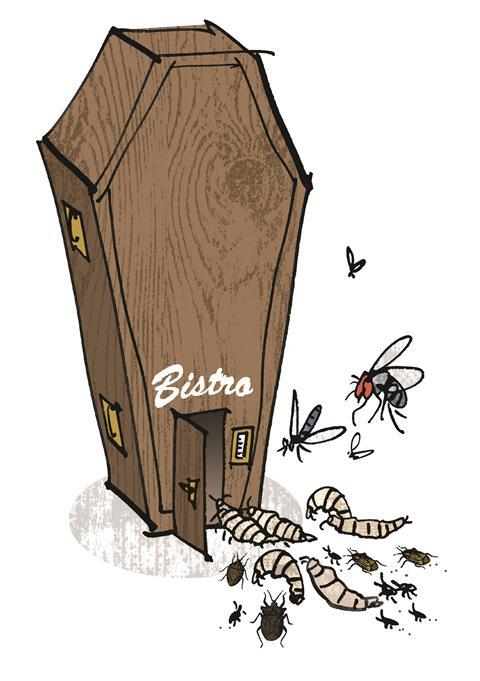 The process of decomposition doesn’t start the instant a person passes away, but it only takes about four minutes to begin. With the heart no longer beating, cells quickly become starved of oxygen. This leads to an increase carbon dioxide and a decrease in pH. Waste products accumulate, poisoning cells and kick-starting an enzyme-controlled self-digestion process known as autolysis. For the first few days, there are no outward signs of this internal destruction.

Meanwhile, more visible processes are underway. Blood, aided by gravity, settles into the lower portion of the corpse in the first few hours after death. Blood vessels burst and the skin becomes stained and discoloured. In the absence of metabolic activity, a normal 37°C cannot be maintained and the body temperature drops. Without oxygen, respiration ceases and adenosine triphosphate (ATP), the cell’s energy source, is no longer produced. The muscles are unable to move. They tighten up and individual protein fibres lock into place. This stiffening of the body, known as rigor mortis, may set in as early as 30 minutes post mortem, starting in the eyelids, jaw and neck, before moving to the torso and extremities.

Autolysis becomes more evident as blisters form; filled to bursting point with a rich, ripe fluid, released as partially broken down cells rupture and leak. Initially, enzyme- and water-rich organs, such as the liver and brain, are the fastest to self-digest, but eventually all bodily tissues are consumed. The skin starts to peel away in patches.

The abundance of nutrient-rich fluids spilling out of dying cells creates an ideal environment for rapid bacterial and fungal growth. These microorganisms convert soft tissues into a multitude of gases that cause the body to become swollen and bloated. The skin aquires a greenish tinge to the skin, a consequence of the formation of sulfhaemoglobin. Other gaseous products include hydrogen sulfide, methane, ammonia and sulfur dioxide. As the gasses accumulate, the pressure begins to rise. It builds, getting higher and higher, until it reaches bursting point. Noxious gases and liquefied organs are suddenly released from every orifice, violently ripping the skin open in the process. This marks the start of a period known as active decay. Proteins and fats decompose into a collection of foul-smelling substances, including putrescine, cadaverine and a host of sulfur-containing compounds normally associated with rotten eggs, rotten cabbage and faeces. In total, over 400 compounds combine to make a cocktail of toxic fumes.

As the body is purged of its pent-up gases, it becomes open to its surroundings. Flies and other insects colonise the remains, laying eggs that hatch into maggots and consume the leftover tissue. By the time the maggots have had their fill, the cadaver has entered the final stage of decay. Only bones and the occasional bit of skin remain.

Under different conditions, the length of each stage of decay can vary wildly. In dry, hot environments, or at low humidity in deserts or arctic regions, a body can become mummified. This leads to exceptionally well preserved tissue and unique discoveries, like Ötzi the iceman – a 5000-year-old mummy found in the Ötztal Alps in 1991. But regardless of the speed or location of decomposition, it is the inevitable fate that awaits us all. And morbid though that thought may be, there is something undeniably elegant about the process of decay. To paraphrase The lion king’s Mufasa: we all have our part to play in the great circle of life.