One of the quiet pleasures of summer is to lie on one’s back and watch clouds scud by. Their billowing shapes transform miraculously from the profiles of old men into camels, into lions. It is evidence of our brains’ constant work to make sense of the world. In the 1920s, this instinctive interpretation became the basis of the Rorschach test, a formal attempt to explore the mind of a patient by using a standard set of apparently randomised shapes to elicit thought patterns diagnostic of mental pathology. For chemists, a kind of chemical Rorschach pattern was accidentally discovered by Ferdinand Runge, which laid the groundwork for modern separation techniques. 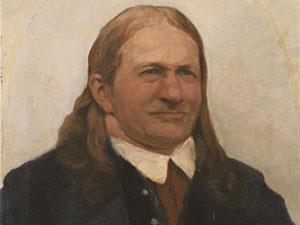 Runge was born to a Lutheran pastor’s family in Billwerde in the hinterland of Hamburg. His mother died when he was 12 and his family was plunged into poverty after the economic embargo against Napoleon hit the north German trading city particularly hard. Against all the odds, he studied pharmacy in nearby Lübeck and then moved on to study medicine first in Berlin, then Göttingen and Jena. In Göttingen, he fell under the influence of Friederich Strohmeyer, the discoverer of cadmium, who stoked his interest in chemistry. And in Jena, Johan Döbereiner, who later proposed a law of triads (a precursor to Mendeleev’s periodic table), trained Runge in chemical analysis.

Runge became interested in plant chemistry and developed a method to detect atropine: it caused a cat’s eye to dilate. In 1819, Döbereiner introduced Runge to the poet and amateur scientist Johann Wolfgang von Goethe, in whose house he demonstrated his discovery. The great man suggested that Runge make a study of the components of coffee, the fashionable beverage that was sweeping Europe. Runge, who had set his sights on an academic career, was inspired. He wrote a book on plant analysis that included the isolation of caffeine and quinine. He returned to Berlin to study for a PhD and, while writing volume two, studied the chemistry of indigo.

Although still working on plant chemistry, Runge began to think more about industrial applications. In 1826, Runge went on a tour of Europe accompanying the son of a wealthy industrialist, Carl Milde, and then worked in Milde’s family textile factory in Breslau (today Wroclaw, Poland), where he applied his knowledge of vegetable dyes. He also secured a part-time position at the university, and wrote a manual of chemistry for the common man. 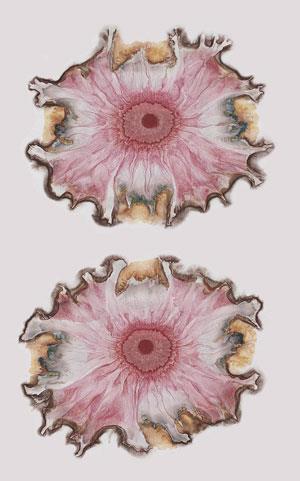 Two years later, Runge moved to Berlin as technical director of the government-owned chemical works in Oranienburg, a position that he hoped would soon lead to a professorship. The factory produced ferrocyanides (used to make Prussian blue), sulfuric acid and other bulk chemicals. Runge, however, took an interest in treacly coal tar, for which no one had any use. By careful distillation, Runge discovered phenol and aniline. More excitingly, he spotted red crystals in one of his distillation residues. These proved to be a phenomenally tenacious dye for cotton and calico, which he named Rosölsaure (rose oil acid), the first synthetic dye. Runge soon obtained blue, green and black colours, some 20 years before William Perkin.

But the directors of the factory were unimpressed and told Runge to stop wasting time. His proposals for synthetic candles from processed tallow, and for artificial fertiliser made from abattoir waste, met similar fates. Runge took out his frustration writing textbooks – his Grundriss der chemie (Outline of chemistry) impressed Crown Prince Maximilian of Bavaria so much that 15,000 copies were printed and a copy sent to every school in the country. His Farbenchemie (Colour chemistry) laid down the principles of textile dyeing. Eventually he was pensioned off. He never secured an academic position.

With time on his hands, Runge went back to his colour reactions. Unmarried, he distilled coal tar in his kitchen, using dishes as reaction vessels. Short of starting materials, he found it hard to make out the intense colours in small test tubes. It occurred to him to conduct his reactions in the capillaries of blotting paper. He would place a drop of one reactant in the centre of the paper and, when it had dried, follow it with a drop of a second. Spontaneous, multi-coloured patterns formed whose appearance could be further modulated by adding egg white, ammonia or hydrochloric acid. Mesmerised by the beauty of these ‘self-made pictures’, Runge expanded his project to bring chemistry to the public (was this the earliest chemical outreach project?); he got schoolchildren to make them, and hundreds of these patterns enlivened the pages of books that Runge had privately printed. Entranced, Runge’s critical and scientific faculties seem to have left him: he attributed the patterns to Das Od, an unrecognised ‘creative force’, different from magnetism or electricity.

If, for once, Runge’s chemical instincts were off, the method sowed the seeds for several far-reaching ideas in chemistry. Rafael Liesegang would observe some of the first reaction diffusion patterns by carrying out reactions in gels. Friederich Feigl would develop the spot test technique. And Michail Tswett would develop adsorption chromatography. It is a reminder that staring at clouds or other seemingly random patterns can sometimes show us what no one has seen before.