Life through a lens

When I was a kid, my grandfather, a retired executive of the great French glassmaker St Gobain, would occasionally let me use his Zeiss binoculars. ‘Best optics in the world,’ he would say, muttering ‘Schott’ – a mysterious word that meant nothing to me. Only much later, long after his death, did I realise that it was the name of his employer’s European rival, and of the man who solved a 400 year old problem. 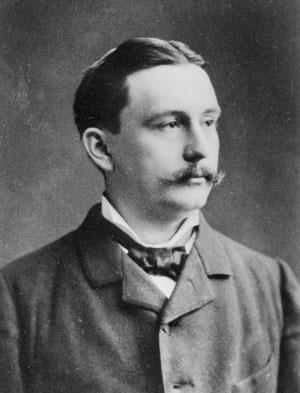 When Galileo first pointed his telescope into the night sky, he not only changed our idea of our place in the universe, but he also opened up a Pandora’s box of optical fascination. For while he famously saw the movement of the moons of Jupiter, and the jagged outlines of mountains on the Moon, everything he saw was tinged with colour. This chromatic aberration results from dispersion: each wavelength of light is refracted differently as it travels through the lens, so they are each focused differently, which distorts the image. For Isaac Newton, the problem was so pernicious that he invented the reflecting telescope as a means of side-stepping the problem altogether.

But for many applications, most notably microscopy, there was no escaping the issue. It was not until the 18th century that compound lenses – doublets, a convex and a concave lens of differing refractive indices – began to be used.

These so-called achromatic lenses were a remarkable improvement. But for microscopists like Carl Zeiss, who traded on optical perfection, they just weren’t good enough. Zeiss turned to Ernst Abbé, an ambitious young physicist who was developing a rigorous theory of optics.

Abbé established a theoretical limit for the resolving power of an optical device, and realised that existing instruments came nowhere near it. But the problem was not poor design: a methodical survey of every type of glass on the market revealed that the limitation was the glass itself.

In 1876, Abbé gave a lecture in London on lens materials in which he bemoaned the state of European glassmaking. Although glass was being manufactured with unparalled excellence, improvements in optical performance would only be possible if new kinds of glass were invented. And with only two significant producers, Abbé saw little hope that anyone would innovate.

If Abbé meant this as a provocation, it worked: he was contacted by a young scientist, Otto Schott. Born into a family of glassmakers, Schott was perfect for the task. He had studied chemistry and mineralogy in Aachen, Würzburg and Leipzig before obtaining his doctorate in Jena in 1875 on the Theory and practice of glassmaking. Schott was now experimenting with glass compositions and sent his samples to Abbé, who was seriously impressed. 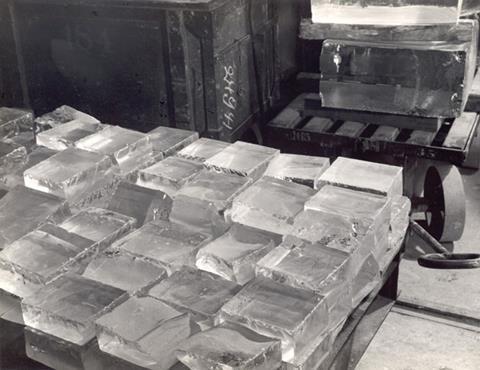 In 1882, with Abbé’s help and funded by the Prussian government, Schott moved to new workshops in Jena – fully equipped with the latest furnaces and burners. He now had the means to carefully melt mixtures of oxides under very controlled conditions, and have them tested by Abbé in labs just up the road. Schott replaced some of the silicate with borate and phosphate, the oxygen with fluoride; then the sodium with potassium and especially with lithium. With the right ratios he could suppress crystallisation and the tendency of the glass to ‘tarnish’ in moist air. Other oxides such as zinc and aluminium were also used to modify the glass. In what might seem an unbearably tedious series of experiments – by 1886 he had conducted over 1000 meltings – he systematically mapped out the composition space of glass.

Within a year of moving to Jena, Schott had a lithium-based glass that could realise Newton’s and Abbé’s dream: the separation of refractive index and dispersion. In the words of a contemporary commentator, the choice of glass was now two-dimensional. Such was the commercial promise of the enterprise that Zeiss, Schott and Abbé agreed to form an equal partnership. Abbé developed a new compound lens with the glass, the apochromat, which performed at the theoretical limit. The new partnership was now the world leader in optics.

But Schott’s work was not just about optics. In March 1883, he increased the boron content of a batch of glass and found that its tiny thermal expansion made it perfect for thermometers. His borosilicate could also withstand thermal shock as well, if not better, than existing tempered glass without the need for heat treatment. And it seemed almost immune to chemical attack except under the most vicious conditions.

In 1893 the firm launched a revolutionary range of borosilicate laboratory glassware, named Duran – the material that has incubated so many of our chemical careers. Then came glass to shield the millions of Auer gas lights that were sprouting on Europe’s streets; Jena glass was synonymous with quality.

But Schott’s friendship with Abbé had another result. Abbé had progressive ideas about the relationship between a firm and its employees. Both Schott and his son Erich transferred their shares in the company to the Zeiss Foundation that Abbé had founded after Carl Zeiss’s death – a charitable enterprise devoted to furthering teaching and research, and to supporting both workers and the local community. Today Schott and Carl Zeiss are almost unique: huge multinational firms run entirely on a fiduciary basis for the benefit of Zeiss’ ideals.

For my grandfather, the name Schott may have meant nemesis. Two generations on, to my ears, it speaks of genius and vision.