A successful science base is essential for a successful modern economy and society. We are fortunate that science in Europe is strong and has strengthened over recent decades. Early in my career the go-to place for a young scientist was the US. Now, European science rivals the US and in some areas is pre-eminent. Many factors are responsible but EU funding programmes have unquestionably contributed to this success. They have fostered collaboration, integration and mobility; they have shared and developed expertise and skills; and they have had real impact on the economy, health and the environment. I will give just one example among many: the EU-funded Alistore programme involving universities and institutes in the UK, France, Germany, Spain, Poland, Italy, Slovenia, the Netherlands and Sweden, which is developing new science and technologies in high energy density batteries – a key area for the future of transport and low carbon economies. A number of major UK research programmes on batteries are being led by teams from the Alistore network. 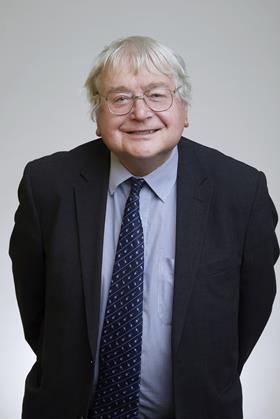 I believe that few in the UK and Europe would argue with my assertion of the key role of science in society and of EU programmes in developing and maintaining its strength. So how should scientists in the UK and other European nations approach the future in the context of the decision of the UK to leave the EU? This question has preoccupied universities, funding agencies and academies since the referendum in 2016 and it has been a high priority for the president, officers, executive director and staff of the Royal Society for the last 18 months. In my role as foreign secretary of the Royal Society I have discussed this key issue with science academies and other agencies and universities throughout the continent and have been greatly encouraged by their positive response and recognition that both UK and European science will be weakened if we allow the relationship between the two to deteriorate. This key point was underlined last year by the statement issued by the Royal Society, the French Academie des Sciences and the Leopoldina (the German National Academy of Sciences). More recently, the Royal Society has issued a more detailed statement that argues strongly for association of the UK to all components of the future EU funding programme, Horizon Europe, of which the first details were recently announced. We also emphasise the importance of minimising the barriers to international mobility for scientists and of ensuring regulatory alignment.

I am confident that the recommendations in the recent statement of the Royal Society represent a consensus in the scientific community. Moreover, the UK prime minister’s recent speech suggests that there is support at the highest political levels for UK participation in future EU funding programmes. We have an opportunity, therefore, to ensure that science in Europe is not damaged by the UK departure from the EU and, both as a community and as individuals, we must work to this end. We must use every opportunity in discussions and at meetings within the UK and in other European countries to make it absolutely clear that we are committed to the continued full participation of the UK in European science, without which science throughout the continent will be weakened. We must also be unambiguous in our support for UK participation in all aspects of Horizon Europe, including those relating to capacity building in scientifically less developed regions of the continent, and to innovation. And we need to say loudly and clearly that if UK and European science are weakened so too will be the economy, health, environment and the quality of life across Europe, regardless of where the borders are drawn.