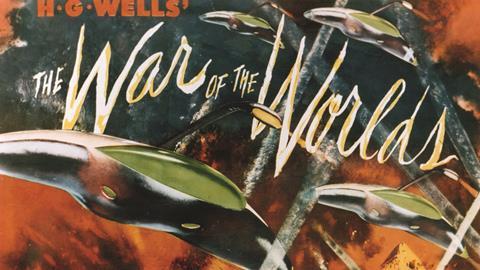 Putting the science in fiction

Deciding who was the first science-fiction writer is a popular but in the end fairly meaningless pursuit. Some like to cite Mary Shelley’s Frankenstein (1818) as the first sci-fi novel; others will go right back to Margaret Cavendish’s outlandish The blazing world (1666). The French writer Jules Verne, author of Journey to the centre of the Earth (1864) and 20,000 leagues under the sea (1870), has a good claim to being the first to pen what is now called hard sci-fi, which tries to adhere only to known science and its plausible extrapolations. But arguably the genre owes most to the Victorian–Edwardian writer who saw no need to let scientific plausibility curb his imagination: H. G. Wells.

Wells is back again this year, with a BBC television adaptation of one of his most iconic ‘scientific romances’, The war of the worlds (1897). It’s a story that’s been told many times, from Orson Welles’ notorious radio broadcast of 1938, with the action transposed to New Jersey, to Steven Spielberg’s modern-day blockbuster starring Tom Cruise. The BBC production looks intent on offering an ‘authentic’ period version of Wells’ story of a Martian invasion of Earth (well, Surrey and west London, the part of the planet Wells knew best).

The war of the worlds gives a glimpse of Wells’ abiding interest in chemistry. He studied the subject, with the other sciences, at the Royal College of Science, later part of Imperial College London. In those very ‘South Kensington laboratories’, Wells’ narrator explains in the book’s epilogue, analysis of the black powder left by the Martians’ poisonous Black Smoke ‘points unmistakably to the presence of an unknown element with a brilliant group of three lines in the green, and it is possible that it combines with argon to form a compound which acts at once with deadly effect.’ 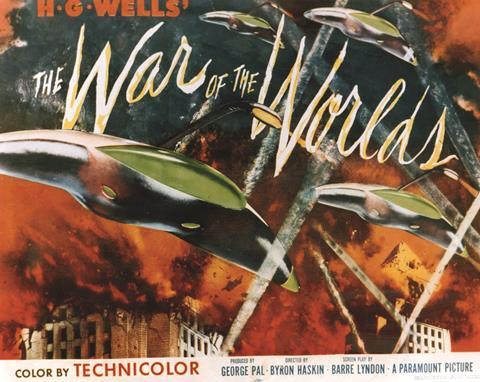 The chances of anything coming from Mars are a million to one, he said

You might object that the notion of a ‘compound of argon’ was absurd – the first made from this trenchantly inert of the noble gases was produced just 18 years ago under deeply cryogenic conditions.1 But when Wells was writing the book in 1896, barely two years had passed since Lord Rayleigh and William Ramsay had discovered argon. Small wonder no one knew quite what to make of it yet.

Wells kept abreast of such developments partly by having an eye on Nature, where his friend Richard Gregory was assistant editor; The war of the worlds alludes to a Nature report of 1894 of a ‘strange light’ seen on Mars. But while Wells displays an abiding interest in chemistry, he was happy to play fast and loose with it, sometimes giving the impression that it is a kind of alchemy capable of any sort of magic. Griffin, the deranged antihero of The invisible man (1897) is a medical student at University College London who makes a drug that can remove all the pigmentation from blood and render flesh transparent. His chemical experimentation in a rented room in a Sussex pub, desperately trying to reverse the effect, arouses the suspicions of the locals about this odd man with a face swathed in bandages.

Arguably even less plausible is the anti-gravity ‘cavorite’, made from ‘a number of metals and certain other things’, that lifts the inventor Cavor to the moon in The first men in the Moon. (‘Show me this cavorite,’ Verne is said to have scoffed.) Then there is the mysterious ‘green powder’ that explodes and transports the chemistry teacher Gottfried Plattner temporarily into the ‘fourth dimension’ in Wells’ short tale The Plattner story.

But Wells knew how just a little ‘ingenious use of scientific patter’, as he put it, would suffice to let the reader suspend disbelief. Far-fetched it might have been, but also informed. In another short story, The diamond maker, the narrator is nearly seduced into believing that the shabby figure who accosts him has solved the secret of how to make diamonds because he ‘had heard something of Moissan’. It was a reference to Henri Moissan, the French chemist who claimed (almost certainly mistakenly) in the 1890s to have made diamonds from other forms of carbon using high temperature and pressure. Chemists have long known it should be possible, the stranger says, ‘but no one yet had hit upon exactly the right flux in which to melt up the carbon, or exactly the right pressure for the best results’.

However, Wells missed one opportunity for a good chemistry yarn. While visiting the General Electric laboratories in Schenectady, US, in the 1930s (ironically, where synthetic diamond was really first made two decades later), he was escorted around the site by the great American chemist Irving Langmuir. Langmuir sought to interest Wells in an idea for a story, which would involve a form of ice stable at room temperature. Wells never took it up.

The idea was remembered by Langmuir’s junior colleague at GE, Bernard Vonnegut, who later mentioned it to his younger brother. That young man, a second world war veteran, became a publicist for GE in 1947, but had aspirations to be a writer, too. ‘And then Wells died, and then, finally, Langmuir died,’ he later recalled. ‘I thought to myself: “Finders, keepers – the idea is mine”.’ In 1963 he turned it into a wildly satirical and inventive novel called Cat’s cradle, in which this ‘Ice-nine’ causes the world’s oceans to freeze over. He was, of course, Kurt Vonnegut.