Beset by continuing political haggling over the license fee. 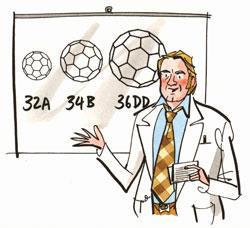 Beset by continuing political haggling over the license fee, besmirched by the question of their phone-in honesty levels, and with their Reithian ideals enfeebled by the obligatory glut of reality pap they’re obliged to churn out, the British Broadcasting Corporation are currently thankful for the small mercies that come with any genuinely original hit. And one undoubted success story of the last few years was the series Life On Mars  , in which a present day cop, DI Sam Tyler, found himself post-traumatically transported back to the 1970s. Here he bumped into a range of non-pc PCs under the command of arch-bigot DCI Gene Hunt. The resulting blend of comedy and nostalgia was such a success world-wide that it spawned an impending trans-Atlantic remake and resulted in a 1980s police-based sequel, Ashes to Ashes  , which proved a hit earlier this year. But that’s not all; I can now exclusively reveal that the BBC have broadened the franchise away from just cops and robbers; filming will soon begin on a chemistry-based spin-off.
Tentatively entitled Diamond Dogs  , the plot hinges on a modern-day lab accident which sends Dr Sam Tyler, probationary lecturer in fullerene chemistry, back to 1981. Here he finds himself in a section run by Prof. Gene Hunt - an unreconstructed chemist of the old school variety. Of course I daren’t give too much of the plot away, but we are able to provide broad details of the initial run of six episodes.
Awakening in the 1981 lab in Episode 1  , Sam starts to realise he’s actually still in the future coma when he hears a surgeon’s voice emanating from the PE 683 IR spectrometer every time he overlays the polystyrene reference peak. We also get to see the chemical analogue of the iconic Ford Cortina which proved such a star of the original series, namely Prof. Hunt’s Jeol FX90Q.
In Episode 2  , Sam’s request that the students in the lab fill in COSHH forms is met with a combination of bewilderment and belligerence (’carry on with all this safety rubbish, son, and the only cosh you’ll be getting is over your head’).
During an early morning visit to the lab at the start of Episode 3  , Sam finds a drunken Hunt asleep against the glove box, next to a final year undergraduate who is wearing only her lab coat. His excuse (’I was helping her go through some past exam papers’) falls on deaf ears, though loyal Sam takes it no further. Episode 4  , though, finds Gene finally confessing his drink problem to Sam, after being caught downing Banda fluid.
’There’s no place for bloody computers in a chemistry lab,’ bellows Hunt at the start of Episode 5  . Determined to prove him wrong by performing high level density functional calculations on a recently prepared heterocycle, Sam ends up getting his punch cards jammed in the optical reader.
In the Final episode  , back in the present, Sam’s mind wanders during his department’s umpteenth mock RAE submission meeting and he finally cracks. Hankering after the old days, he jumps off the chemistry building roof and returns to the 1980s just in the nick of time. Here he rescues the group’s finances by vapourising carbon and analysing the odd purple band that is extracted from the soot.
Postcript  : In 2008, Prof. Sir Gene Hunt still dines out on his epoch-making Nobel prize winning discovery of C60. He’ll happily recount how he came up with the idea by ’acting on a hunch’; he’ll also tell anyone who’ll still listen about how the voluptuous shape of the molecule inspired him to come with the name that now categorizes all compounds in this family - the mammarenes. If the name of the junior lecturer around at the time crops up he becomes all together more reticent, conceding, when pushed, that suicide by sodium press, though unique, was by no means indicative of foul play.