How French chemists perfected the art of making gemstones

French chemist (1856–1913). Inventor of the flame fusion process for the manufacture of synthetic gemstones

When a colleague suggested the minerals gallery at the Natural History Museum for a field trip it seemed a no-brainer: the range of materials and crystals would suffice to inspire the most jaded of students. While there, I paused by a case of synthetic crystals marvelling at a rod, opaque at one end, before narrowing down to a narrow neck and then swelling to a stunning deep red ball of ruby. The label pronounced the crystals were ‘grown by the Verneuil process’. I had no idea what that was – and promised my students I would find out. 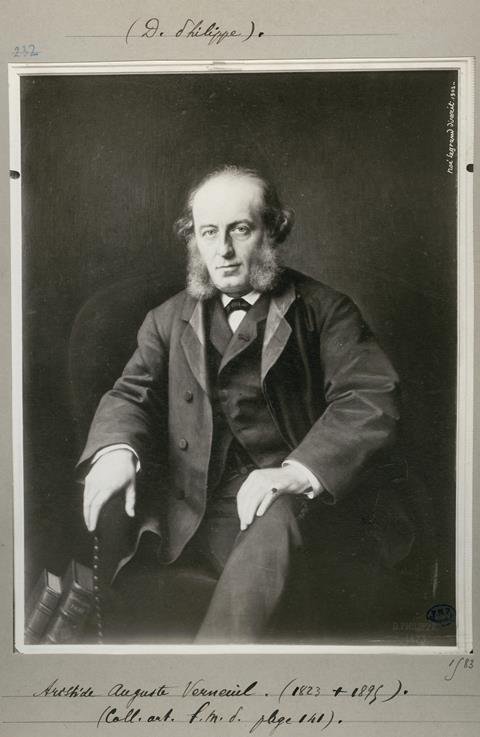 French chemist (1856–1913). Inventor of the flame fusion process for the manufacture of synthetic gemstones

Attempts to make gems disappear into the mists of time, but only became serious in the 19th century, as chemical analysis gradually revealed the peculiarities of different gemstones. While diamond was shown by the English chemist Smithson Tennant to be composed of pure carbon, others found that rubies and sapphires were made mostly of alumina with small amounts of metals. Thus the challenge of making gems was essentially to find a way to melt and crystallise highly pure alumina.

This material was available thanks to the work of the French scientist Joseph Gay-Lussac, who had shown that thermal decomposition of ammonium alum gave exceptionally pure aluminium oxide. But the problem of melting and crystallising molten alumina remained. The French chemist Marc-Antoine Gaudin (1804–1880) was one of the first to obtain tiny crystals of corundum – thin, clear platelets generated in the flame of a gas and air torch. Adding a little chromium into the mix, he made tiny, deep-red rocks that were infuriatingly opaque due to the presence of gas bubbles trapped in the crystal. Try as he might, Gaudin was unable to obtain anything clear – the crystals ‘devitrified’ (became opaque) every time. After 30 years of experiments his final, crushed conclusion was that he had reached a dead end. He died soon after.

Meanwhile, at the Jardin des Plantes in Paris, the chemist Edmond Frémy chose a more conventional approach. With help from the glassmaking firm St Gobain, Frémy and his assistants heated huge platinum crucibles containing tens of kilograms of alumina and various salts, hoping to obtain quality gems. Yet even after 10 days in the furnace all they obtained were minuscule crystals. In the 1870s, Frémy was joined by an assistant, Charles Feil, and a 17-year-old apprentice, Auguste Verneuil.

Platinum was too expensive to continue to use for their experiments, so the trio developed a method using sand crucibles, filled with a mixture of alumina, chromium oxide, potassium carbonate and charcoal surrounding a core of alumina and calcium fluoride. This resulted in the formation of thin but millimetre-long clear crystals. Crucially, the decomposition of the carbonate produced bubbles in the melt that allowed moisture to penetrate, generating traces of hydrofluoric acid – the resulting volatile aluminium fluoride was essential to the crystal growth. Feil died suddenly in 1876, and Verneuil succeeded him as the Frémy’s assistant. Verneuil lost no time in getting formal qualifications.

In his book on the preparation of rubies, Frémy paid tribute to both Feil and to Verneuil, referring to the latter as ‘a young researcher filled with ardeur (enthusiasm) and talent’. He added that any supervisor would be ‘pretty thrilled to find a co-worker such as monsieur Verneuil’. When Frémy retired in 1892, Verneuil became professor of applied chemistry. He now had the freedom to choose his own projects. Their range was astonishing. There were 16 papers on the rare earths, multiple studies of the chemistry of selenium and investigations of the phosphorescence of zinc blende, aided by his own brilliant experimental assistant Marc Pacquier.

In 1885, some small but clearly synthetic rubies appeared in a saleroom in Geneva – whoever had made them had taken natural rubies and succeeded in melting them into clear gems. For Verneuil, it was a wake-up call. He went back to Gaudin’s ideas of heating alumina, this time using a hotter oxy-hydrogen flame.

In Verneuil’s method, aluminium oxide was dropped from a hopper into a hot zone where it was melted into droplets. These landed on a support that was gradually lowered as the crystal grew, with the hopper tapped periodically to get slugs of powder to rain into the flame. Layer by layer, a boule would grow, initially spherical but then more elongated. After a couple of hours the flames would be switched off, leaving a transparent crystal. The only problem were the internal stresses, which required the crystal to be split down the middle by tapping gently with a hammer.

Although the layers could be seen under the microscope, along with minute bubbles aligned perpendicular to the layers, the quality of Verneuil’s crystals was astounding. Lapidaries were happy to cut the stones into gems. Verneuil and Pacquier were careful to submit a sealed note of their invention to the Academy of Sciences in 1886, then optimised the method before making a public announcement in 1902. They would go on to make blue sapphires, which they described carefully in their patents along with their characteristics, lines, cracks and bubbles.

Today, synthetic rubies and sapphires are everywhere, often made by this very process. You can find them in everything from watches to specialist unbreakable windows and tubes for extreme experiments. Perhaps it is the ultimate testament to the tenacity of Verneuil that he is almost forgotten but his materials taken for granted.