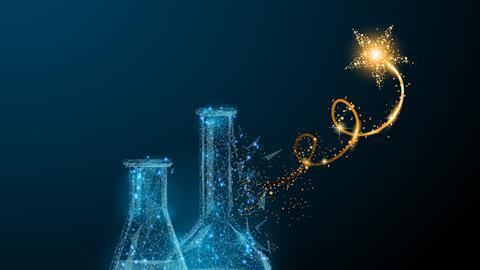 In over 10 years as a university admissions tutor in England, I have witnessed some dramatic changes. These have included changes in the type of pre-university qualifications (most notably A-levels) and required grades; university numbers being capped in 2013; and then the cap being lifted two years later. More recently, I have seen the widespread introduction of unconditional offers on the basis of predicted grades and the prospect of Brexit. Life is never dull in admissions!

In January 2017, the University and Colleges Admissions Service reported, for the first time since 2012, that the total applicant numbers had fallen compared with the previous year. A similar trend has occurred in chemistry applications. After a substantial increase over a 10-year period, the past two years have seen a significant drop despite an increasing number of students studying A-level chemistry. In comparison, biology applications are more stable.

This is surprising given the introduction of student fees, which currently cost up to £9250 in England. In 2012, 53% of students across the UK thought university was ‘good’ or ‘very good’ value for money; last year, this slumped to just 35%. This should have encouraged students to choose courses with high weekly contact hours and good employment prospects, such as chemistry; in 2017, an analysis showed that five years after graduation, physical science students were earning more than those from popular subjects such as biological sciences, English and psychology.

So, if the quality of the teaching on offer and prospects for chemists remain strong, how do we buck the trend and increase the number of undergraduates?

First, let’s account for some of the rise between the early 2000s and 2012. There is little doubt that the media plays a big part in influencing students’ choices. The ‘CSI effect’, the tremendous interest in forensics aroused by the US television programme CSI: Crime Scene Investigation and similar dramas helped to spur a flood of applications for chemistry courses aimed at jobs in forensic science. Consequently, it was interesting to see the increase in the growth in ‘chemistry and forensic science’ courses – from just two UK forensic science courses in 1991 to more than 400 in 2003. At the time, it was recognised that many students entered such programmes with unrealistic expectations, including employability prospects in police forensic work. 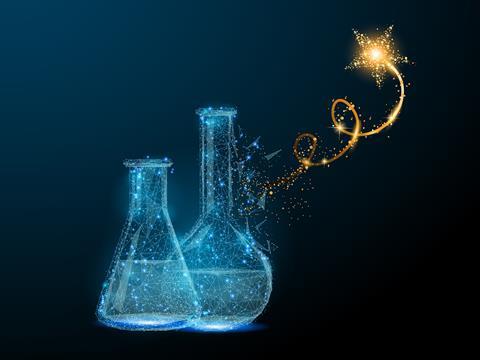 More recently, we have had Breaking Bad and Harry Potter. Although some believe fiction should not have a place in the science classroom, educators have provided a number of reasons for using fiction for teaching science. These include fostering cross-disciplinary understanding, addressing science ethics and encouraging the critical assessment of how science is portrayed in the media. Regardless of where you stand, there is little doubt these high profile successes have helped inspire students during the boom years in chemistry recruitment.

But preconception can be a double-edged sword and this may help explain the dip. A common complaint is that chemistry is hard: it requires knowledge of a new language, use of mathematics and includes abstract concepts. While it is true that chemists need a good memory, problem-solving skills and ‘hands-on’ practical ability, many students are convinced they are going to struggle even before they engage with the subject.

Chemistry can also be perceived as boring. In 2005, the OCR examination board found that only 7% of almost a thousand 13–16 year olds thought people who were in science were ‘cool’. These factors are often compounded by negative publicity and misinformation about the harmful effects of ‘chemicals’ – although, reassuringly, the 2015 Royal Society of Chemistry report on public attitudes to chemistry showed 84% of those polled agreed that science is such a big part of our lives that we should all take an interest.

The solution starts in the classroom. There is no doubt that students being taught by passionate and enthusiastic teachers with expertise in chemistry is crucial. However, there is a continuing difficulty in recruiting STEM teachers. According to the latest statistics from the Department of Education, in 2017 around a quarter of chemistry teachers did not have a degree in the subject.

It’s often lamented that chemistry lacks the equivalent of Brian Cox or David Attenborough, who have bolstered the popularity of physics and biology respectively: between 2008 and 2012, the ‘Brian Cox effect’ was one factor that saw applications for physics courses at UK higher education institutions increase by 52%. It is amazing to see the impact of an individual on a subject often seen as difficult and inaccessible.

Perhaps chemistry numbers aren’t down to a lack of prospects, but a lack of inspiration. If we are to bolster numbers, we need superstars – both in the class and in the media – to step forward.