Taming the fiery heat of kiln and furnace 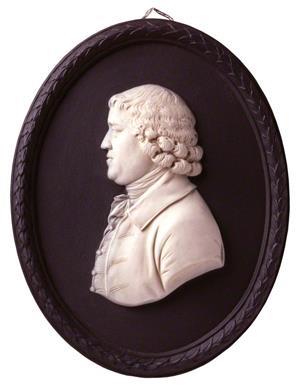 Josiah Wedgwood. English potter and chemist (1730â€“1795). Invented a system for measuring the extreme heat of kilns and furnaces

In the book of Daniel, the Babylonian king Nebuchadnezzar, enraged by three Jews (Shadrach, Meshach and Abednego), orders that they be thrown into a fiery furnace heated seven times hotter than usual. In a stunning illustration of the Stefan–Boltzmann law, the soldiers chosen to execute the order perish alongside the three.

Even today, opening a hot muffle furnace has a peculiar thrill. If it is hot enough, one is confronted not just by ferocious radiant heat, but also by the near-invisibility of one’s crucible, which is magically camouflaged in the uniform glow of the interior.

If one is sceptical of how the seven-fold increase could have been accomplished, one might also ask how the operators would have known the temperature. The problem – as the great ceramic pioneer, Josiah Wedgwood, would put it two millennia later – was that ‘red, bright red or white heat are indeterminate expressions’ and ‘can neither be expressed in words nor discriminated by eye’. He would provide an initial solution.

Born into a family of potters, his formal education ended abruptly with his father’s death. Instead he was apprenticed to his brother to learn ‘the art, mystery, and occupation or imployment of thrower and handleing’. And he might have remained a mere potter but for an accident – in his teens his knee was crippled by smallpox, leaving him unable to work the throwing wheel that was so crucial to his trade.

His handicap gave him the time to study and to think about the other stages of production, testing new formulations for both ceramics, and new glazes to decorate them. But Josiah’s brother was sceptical of his ideas, so when the apprenticeship ended, he struck out on his own. He developed his business, spending long hours in his workshop; his meticulous notebooks document over 5000 experiments.

In 1762, his knee was again the instrument of fate. After a bad fall, his doctor introduced him to a rich and well educated businessman, Thomas Bentley, who would open up for him the Classical world, and redefine the ambitious Josiah’s taste. Their friendship was cemented by intense exchanges of letters, through which the worldly Bentley fuelled Wedgwood’s imagination. Wedgwood later came into contact with Erasmus Darwin, and they were among the founders of the Lunar Society, a group of enthusiasts who met regularly to exchange ideas. This informal but revolutionary group would be joined by Joseph Priestley, for whom Wedgwood produced bespoke apparatus.

The business grew swiftly, underpinned by refinement, supreme quality, and constant innovation. But while Wedgwood took enormous care with the purity of his starting materials, the precise formulation of his batches of pottery, and the training and morale of his workforce, unreliable temperature control presented a risk to the business.

The expansion of metal rods seemed quantitative, but to try to measure their length at red heat was impractical. Colour-changing glass compositions proved unreliable. Wedgwood then hit on the idea of firing disks of clay, doped with iron oxide. When fired in a kiln they would darken from beige through chocolate-brown to black, a colour that depended on the temperature reached. Yet, always the perfectionist, he became worried that ‘phlogistic vapours’ in the kiln might contaminate his test disks leading to spurious discoloration.

But the clay contracted on heating. Unlike a metal rod, the length would not change on cooling. So Wedgwood moulded cylinders of the purest Cornish clay, and a brass gauge with a tapering groove. After removal from the kiln, a fired plug could be pushed along the groove until it got stuck. An engraved scale on the side of the gauge quantified the precise degree of contraction. He now had his own temperature scale, degrees Wedgwood. His paper to the Royal Society was read by Joseph Banks in May 1782 and the following year he was elected a member. A second paper improved the method and attempted to marry his scale to that of Daniel Fahrenheit’s mercury thermometer. For scientists across Europe, Wedgwood’s was the only game in town. One wonders, had Wedgwood been submitting an impact statement for his papers in an 18th century version of the UK Research Excellence Framework, whether he might have included as evidence the wealth of stunning, classically-inspired jasper and Queen’s ware that poured out of his Staffordshire factory, evocatively named ‘Etruria’. 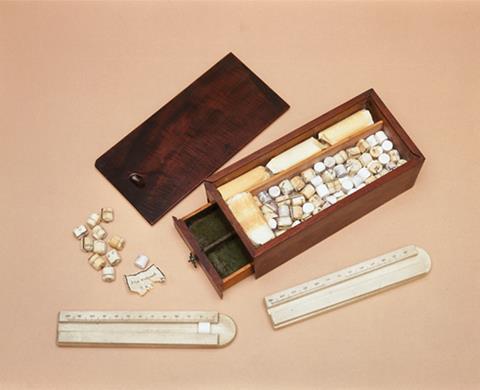 Wedgwoodâ€™ s system was simple and intuitive, but turned out to be unreliable

It was only after Wedgwood’s death in 1795 that real doubts emerged about the reliability of the clay pyrometer. In France, the chemist Louis-Bernard Guyton de Morveau presented a new high temperature thermometer, based on the very thermal expansion that Wedgwood had rejected: a platinum rod displaced a lever that pushed an alidade along a scale. After cooling, it could then be read, reset, and replaced in the oven. With it, Guyton showed that Wedgwood’s scale needed serious revision. Thermocouples and optical pyrometers would eventually take over.

Yet the story is one that we forget at our peril. Even today with a glowing digital readout on the front, never trust the temperature of a furnace. Check it for yourself.