Join in the celebration

There is no scientific symbol more ubiquitous than the periodic table. It is a map of our knowledge, particularly in chemistry, and a symbolic representation of the process of scientific research. It is also a reference tool that is much needed in scientific communication. This year, we are celebrating both science and communication through symbolic anniversaries: the 150 years of the periodic table as outlined by Dmitri Mendeleev in 1869, and the 100 years since the founding of the International Union of Pure and Applied Chemistry (Iupac). 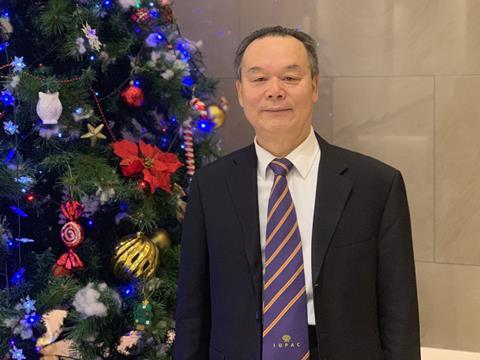 While the history of the periodic table is broadly known, that of Iupac is less so. Iupac plays a key role in curating the periodic table – it critically evaluates the data it contains, which do change as new scientific information becomes available, and runs the process used to select names and symbols for newly discovered elements. Students often refer vaguely to the challenge of Iupac nomenclature when having to systematically name chemical compounds. Yet this is at the core of what Iupac was set up to do: provide ways to communicate scientific data and research with less ambiguity.

Established in 1919, in the aftermath of the first world war, Iupac nurtured a scientific community eager to re-engage constructively in international exchanges. To support such an endeavour, communication was paramount – both to ensure unambiguous sharing of scientific information and facilitate commercial activity. For these reasons, the chemists who established Iupac saw the need to develop universally-accepted terms. Today, that mandate has broadened, and will continue to do so as research expands and language evolves.

Throughout 2019, Iupac and its members will review the scientific advances made in the 20th century and consider how the nomenclature and standards Iupac has established have positively impacted research through better communication. More importantly, we will consider how we need to adapt and include digital sharing and communication to further accelerate research – for example, by providing ways through which computers can ‘talk chemistry’.

As stated in the prospectus of the International Year of the Periodic Table: ‘In proclaiming an International Year focusing on the periodic table of chemical elements and its applications, the United Nations has recognised the importance of raising global awareness of how chemistry promotes sustainable development and provides solutions to global challenges in energy, education, agriculture and health.’ The Sustainable Development Goals as outlined by the UN give us a map of areas where such progress is vital. The year will give us further impetus to address these challenges, as chemistry will be needed to provide solutions to many of the underlying problems.

We invite you to celebrate in your own way and join any of the celebrations already planned. These include the year opening at UNESCO in Paris, France on 29 January; its opening in Moscow, Russia on Mendeleev’s birthday, 8 February; the IUPAC100 global breakfasts on 12 February; and, following the International Day for Women and Girls in Science, the International Symposium on Women and the Periodic Table in Murcia, Spain, on 11–12 February. Other major meetings through the year include the Iupac Congress in Paris, which starts on 7 July, and Mendeleev 150, otherwise known as the 4th International Conference on the Periodic Table, in St Petersburg, Russia on 26–28 July. More events will be announced throughout the year, alongside on-going activities in which you can participate or contribute. These include the IUPAC100 Periodic Table of Younger Chemists, the Periodic Table Challenge, or the European Young Chemists’ Network’s ‘Chemistry Rediscovered’ video contest.

I would like to end with a Chinese proverb: ‘If you want to learn about the future, you have to look into the past.’ The history of the periodic table and IUPAC demonstrates the gradual perfection of scientific research and the continuous effort for better communication to facilitate it. In the future, new tools will continue to help scientists in evermore exciting exploration of the elements, as well as in broader collaborations for the betterment of mankind.