Why chemists want to work with everything on the periodic table

Bill Gates has a copy of the periodic table in his office. It’s a little more than that, though – it’s a collection of samples from as many elements as he can gather (you can buy your own for a mere £40,000). Of course, radioactivity means Gates can only go so far, and for the transactinides he has to make do with little pictures of their namesakes. I can go one better: I’ve got a periodic table signed by a member of every lab where one of those superheavy elements was discovered. My collection includes scientists from across North America, Europe and Asia, including the team leads for element 107 onwards. Take that, Gates. 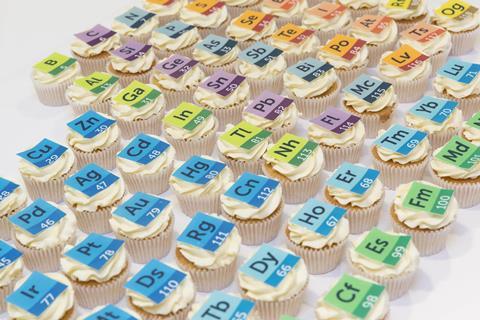 While most chemists don’t collect elements in some feverish Pokémon-style attempt to complete a display case, many play their own game in the lab. A few weeks ago I asked on Twitter if any chemists ever worked with an element just to tick it off their bucket list; the answer, from PhD students to some of the most distinguished professors in the world, was a resounding ‘yes’. Some confessed to contriving dubious reactions just to justify an element’s inclusion; a few arranged sample swaps to help each other fulfil their elemental dreams. There are even websites where you can tick off the elements you’ve worked with for all to see. Of course, we all have our favourites (bismuth is the prettiest element and I defy anyone to prove me wrong) but there’s something satisfying about completing a list.

The psychology of collecting is complicated. Some think it’s about anxieties; others an evolved need to gather things to demonstrate viability as a mate. The truth is that nobody really knows why we do it. Personally, I suspect it’s more about camaraderie than bragging rights. Chemists invariably talk about chemistry with each other, and when someone brings up a particularly nasty, quirky or supposedly-inert-but-actually-quite-violent reaction it’s always nice to share your (hopefully metaphorical) scars. Sure, it’s testimony to your own skill – a sloppy chemist won’t get away with mishandling tellurium – but it’s mostly about a sense of belonging.

Of course, no one has been able to work with every chemical element (and it’s unlikely, given how unstable some of them are, that anyone ever will). But that’s no reason to give up; after all, the best chemistry sometimes happens in the least likely places, and it could be your need to play with zirconium, ruthenium or niobium makes a breakthrough you could never have imagined. Gotta catch ‘em all.