Are we masking role models by our choice of abbreviation?

I almost missed it. Maybe I would have, if I hadn’t been in Japan only the week before, and certain neurons, briefly revived from university days parsing the Japanese language, were still firing gently. Even then, I still had to Google it – I was that unsure.

I had been working on a review of nanoparticle melting, and found myself re-reading a paper by M. Takagi, published in 1954 in the Journal of the Physical Society of Japan and one of the ‘seminal’ works in the field. The paper (the first experimental follow-up to work in 1909) demonstrated melting point depression in metal nanoparticles (lead, tin, and bismuth) using electron diffraction to monitor the change of phase. It was important stuff, but something about the author’s full name – Mieko Takagi – caught my eye. 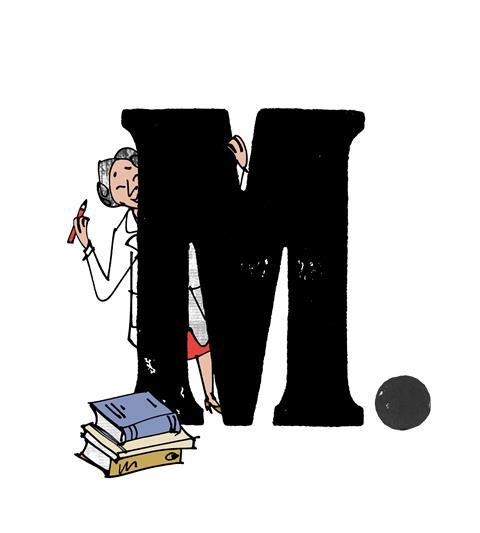 Mieko Takagi. That ending – ko –symbolises ‘child’, and is more often than not attached to female names. Was it possible that M. Takagi was a woman? My internet search found M Takagi is mentioned in many places; Mieko Takagi not so much. But then, at the very end of the article, was confirmation: ‘The author wishes to express her sincere thanks to…’

What does it mean, that it is so easy for a woman in science – one with her eyes open, I permit myself to think – to remain ignorant of the existence of a well-qualified role model, despite considerable familiarity with the work itself? What does this say about academic publishing, or scientific culture in general?

A couple of years ago, I tweeted to the hashtag #QuestionsForMen after a conversation with one of my students about the use of initials in publication. ‘Have you ever considered the advantages to be gained from signing your work using only your initials?’ I asked. It’s a classic catch 22; there’s considerable evidence that visible role models are important for young women or minority students to be able to see themselves as belonging in science, but there is an equal amount of evidence that our biases affect our evaluation of another’s scientific work. We have to weigh up both pros and cons.

The problem even extends to the periodic table. The first public talk I ever gave was titled The case for skłodowskium, prepared shortly after the naming of the element copernicium. I’d read the opinion somewhere that recognising Copernicus on the periodic table was appropriate because he was Polish, and thus was an additional acknowledgment of countrywoman Marie Skłodowska Curie and her ’seminal’ contributions to the periodic table. Given that Curium was named explicitly in joint recognition of both Marie and Pierre Curie’s work, there’s a case to be made that she was short-changed. But the idea that this could be corrected through honouring a man I found odd.

The reality is that the naming of the elements has been political. While most of those recognised deserve their place, it is a weird quirk of history that has us naming fundamental bodies of nature after people and places from a century or two of western science. There are four elements named after a single village in Sweden (Y, Er, Tb, Yb); a single institution, the Lawrence Berkeley National Laboratory, can, the joke goes, write its address with just the elements Lr, Bk, Cf, and Am; and why France has both Ga and Fr named after it has always been a mystery to me.

The recent naming of element 113, nihonium, in acknowledgment of its Japanese discoverers at least avoids the awkwardness of the early suggestion of Japanium (nihon is a Japanese word). But its symbol, Nh, is a curiosity: the Japanese language, with all the rich symbolism that it contains, seems ideal for the periodic table. Might not the character 和 have suited? It signifies harmony, but is also widely used to represent the Japanese character of things and concepts.

Such symbolism matters. These are not things to be tacked on to the culture of science; they require a rethinking and reanalysis of the bedrock processes that underpin our systems –from how we assign credit for achievement, to how we recognise things as simple as a world beyond the English language and the existence of minorities and women.

It shouldn’t be as hard as I am finding it, to write the word ‘she’ in a review. But I will. Oh, and can we retire the word ‘seminal’ from the description of historic scientific contributions, please?