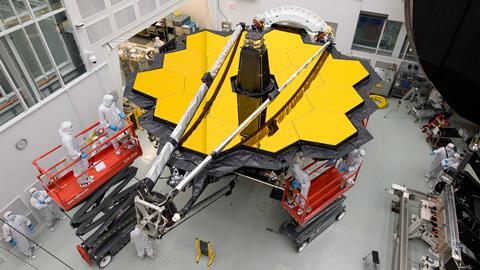 If you’re fortunate enough to make your mark on the world in some way then your name may live on long after you’ve gone. An invention or discovery might carry your name far into the future, or those who come after you might celebrate your achievements by giving your name to a lab or a library. You might even get your own element.

Louis Pasteur, as our recent feature discusses, is a prime example. Working across a quite humbling array of fields, his discoveries changed the world for the better and along the way he gave his name to a point, an effect, a pipette and a process. His contributions were so significant that his name has been added to many other things as a mark of honour: several institutes, a clutch of schools and hospitals, a few geographic features and thousands of streets (not to mention his various extraterrestrial eponyms). Pasteur deserves his place in history. Yet naming things after people can be a tricky issue.

Clue’s in the name

Giving your name to your invention or discovery, or (more often) when others attach your name to it, certainly has some practical uses. It’s a form of attribution or credit, in line with science’s principle of citing others’ work and pointing to precedents. It can also act partly as a historical record – etymological Easter eggs that invite exploration of a subject’s history. These terms of art are also a useful shorthand; it’s more convenient to say ‘Heck reaction’ than ‘palladium-catalysed coupling of alkenes and aryl halides’, for example.

The downside here is that the information contained in that name is only available to those in the know. It can also perpetuate the myth of the lone genius – it’s rarely the case that a single person is responsible for a discovery – and the names themselves can propagate historical biases. If nothing else, it’s a missed opportunity because names can convey much more than ownership. A well-chosen name can communicate the meaning or utility of an idea: click reactions, for example. Sandwich compounds or buckyballs (namesakes, yes, but secondhand) come with some conceptual scaffolding that help us understand the concepts. Good names also make science more accessible: is it any surprise that the public is more interested in the God particle than the Higgs’ boson?

Things get far thornier, however, when it comes to naming other things after people. Choosing to honour people in this way makes a statement about how they are regarded and what we value as a society. The issue becomes particularly problematic when the choices made by previous generations to name a building or raise a statue to someone are dissonant with, and even offensive to, contemporary values. Nor are these arguments confined to choices made in the past – when Nasa named its latest space telescope after James Webb, many scientists campaigned against the decision, citing accusations that Webb was involved in Nasa’s 1950s policy of removing LGBTQ people from its staff.

For some, the idea that a name could be changed in such circumstances amounts to erasing history. Or it’s a misguided effort because it judges the past by the standards of today. Yet each generation must also choose for itself who and what to celebrate, and how to curate its past. In 2019, students at the University of Portsmouth campaigned to remove James Watson’s name from student accommodation in response to Watson’s racist views. It is now called Rosalind Franklin Hall. This does not change or deny any history: clearly, a student who encounters Watson–Crick base pairing in the library understands Watson in an entirely different context than when they later return to their digs in James Watson Hall.

Perhaps one day, we’ll no longer name things after people. But as long as we do, we must also keep having the conversation about those names. And that might mean deciding to change them.