The accidental discovery that led to fluidisation

A few days ago a colleague came into my office. A Wittig reaction wasn’t working properly; could I help him and his student purify some potassium t-butoxide? Up in the lab we poured the greyish material into a glass tube, chased it with a plug of glass wool and after evacuating the tube on a Schlenk line, we placed it inside a small glass tube furnace. As the temperature passed 200˚C, the powder suddenly came alive and the particles began to dance as if driven by a powerful but unseen wind while white crystals grew a few inches further along tube. Tapping the tube and inclining it gently, the powder flowed smoothly, its surface remaining horizontal. It was a beautiful example of fluidisation, a phenomenon discovered accidentally by a German industrial chemist in the 1920s. 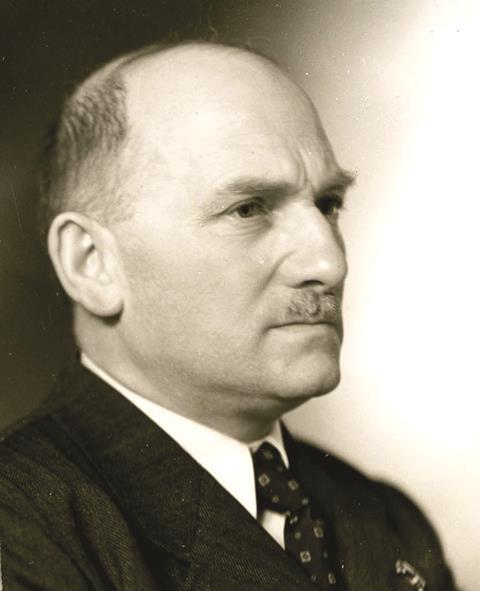 Fritz Winkler was born in the small town of Zeil am Main, a small and picture-perfect town with medieval walls in northern Bavaria. After primary school, Winkler was sent to school first in nearby Bamberg and then in Nürnberg. In 1909, he matriculated at the Technical University in Munich where he had taken courses across a wide range of sciences (although his eventual degree was in chemistry). He stayed on to do research, and earned a reputation for his technical skills – he was a fine and meticulous glassblower. His work on the atomic weight of antimony revised the value upwards by 1.24 mass units. After he graduated in August 1914, just as the first world war broke out across Europe, he and his older brother Oskar enlisted in an artillery regiment and were sent to the Western front. At the first battle of Arras Fritz was severely wounded, spent many months in hospital, and was eventually discharged from the Army.

In 1916, on the recommendation of Carl Bosch, he began to work for BASF in Ludwigshafen, where the impact of Fritz Haber, Bosch and Robert Le Rossignol’s newly invented catalytic nitrogen fixation process was starting to make itself felt. Winkler was initially given analytical work to do, but by 1919 he had been assigned to solving a more strategic problem. The hydrogen used in BASF’s ammonia plant was derived, ultimately, from coal. Coal therefore needed to be gasified and converted into synthesis gas, CO and hydrogen. But the sulfur impurities accompanying the process were a severe poison for the ammonia’s iron catalyst, forcing costly shut-downs of the reactor.

Initially, Winkler tried scrubbing the sulfur from the gas stream using colloidal iron hydroxide suspended in water. It was messy and uneconomical. Then he became aware of a patent for the removal of hydrogen sulfide from a gas stream using carbonised coke activated with zinc chloride. Winkler spent the next three years optimising the method and perfecting the preparation of activated carbon directly from coal. By 1922, he had a working process and had filed patents both for this and for methods for isolating pure sulfur from coal feedstocks.

It was while passing blowing air through a column containing coal powder at red heat that Winkler made a startling observation. As the flow of air was increased, a critical point would be reached where the coal particles were suddenly suspended by the flow and the whole mass appeared to boil. The particles began ‘a lively dancing movement’ in the flow and the whole mass became like a fluid. Bubbles could be seen rising through the mixture while denser objects dropped in at the top, sank, just as they would in a liquid of lower density. For Winkler it was a revelation. It meant that, rather than acting as a porous plug that impeded the flow of gas, the fluidisation of fine powders would give much more intimate contact between a gaseous feedstock and solid substrate or catalyst. Provided the flow of gas was not so high as to blow the powder out of the top of the reactor, the dancing fluid was characterised by excellent mixing and outstanding heat transfer. It would come to be known as a Wirbelschicht – the fluidised bed.

For four years, he and a team of colleagues worked feverishly to optimise the process. In 1926, just as his patent was granted, the first plant for coal gasification using the Winkler process was opened in Leuna. Similar coal gasification plants were soon in operation at several sites across Germany and in Japan.

Winkler was not remote manager. He was loved for his hands-on approach, working alongside his coal-dust stained workmen to understand and improve every aspect of the operation. His approach was always practical, preferring to try an experiment and observing it carefully rather than spending too much time in theoretical discussion.

When analysts showed the presence of olefins in the output of some of his experiments, he shifted his interests towards these much more valuable products. But by 1949 his old war injuries caught up with him. He was forced to retire and died the following year.

The fluidised bed remains one of the key methods of industrial chemistry, used in processes as diverse as catalytic cracking and gasification to ore roasting and polymerisation catalysis; less glamorously municipal sewage sludge is incinerated by the same principle. It’s sad that so few people get to see it for themselves. For me it is not just a comforting reminder of the kinetic theory; it is yet another source of delight when I get to play in the lab.