The inevitable: understanding 12 technological forces that will shape our future 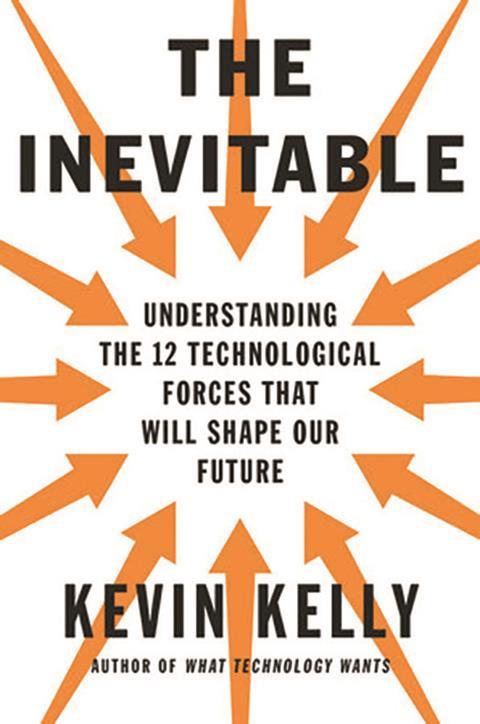 You may not tend to look towards a book about technology for the feel-good factor, but The inevitable made me feel fortunate to be alive in this era. Perhaps this is due to Kevin Kelly’s unshakable optimism throughout: if his aim was to get his readers excited about the future, then it definitely worked.

The book is structured into 12 sections, each describing a ‘force’ that Kelly considers to be evolving at a remarkable rate. I was surprised by Kelly’s accessible writing – technology jargon is overruled in favour of examples and anecdotes. An author of 11 previous books, a co-founder of Wired magazine and an author of an explorative blog, Kelly is expertly placed to tell this story of human endeavour. He even recalls trying to convince a now major company that they should register a domain name when the internet first started out.

In each chapter Kelly emphasises that the rate between something seeming impossible to becoming reality is so fast. He states that ‘our knowledge is expanding exponentially, but our questions are expanding exponentially faster.’ Science is expanding our ignorance rather than knowledge, and the best part is that we haven’t asked the biggest questions yet. Many things that seem impossible now, he adds, will be the norm in 2030 – one example of this is the advancement of artificial intelligence.

The inevitable does well to restore some faith in human endeavour, at a time when we face many global challenges. Ever the optimist, Kelly convinced me that this is the best time to be an innovator, as today is a ‘wide open frontier’ and there are many opportunities to contribute to the advancements he considers to be inevitable.