A tale of seven scientists and a new philosophy of science 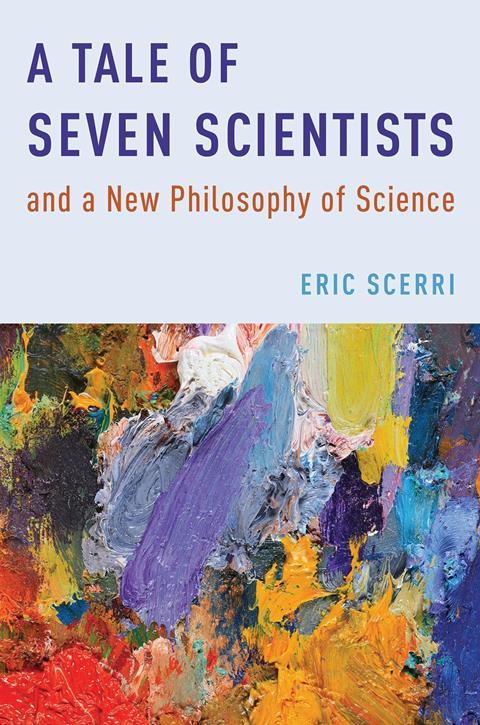 As this book is called A tale of seven scientists and a new philosophy of science, I expected it mostly to be a historical account of the lives and contributions of seven scientists. But, as we all know, you should never judge a book by its cover. Or title, in this case.

It seems to me that despite the cover’s emphasis on the seven scientists, this book is mostly about the second part of the title. The author, chemist and philosopher Eric Scerri, devotes much of it to describing how his philosophical stance on the evolution of scientific ideas differs from the US physicist Thomas Kuhn’s ‘paradigm shift’ theory, as discussed in his 1962 book The structure of scientific revolutions.

Objectively, I can see that this new philosophy is, as Scerri asserts, ‘both old and revolutionary’. Scerri proposes that science has evolved like a biological organism rather than in small steps or giant leaps. He supports this by discussing the work of seven lesser-known scientists who contributed to the development of atomic theory and the periodic table: John Nicholson, Anton Van den Broek, Richard Abegg, Charles Bury, John Main Smith, Edmund Stoner and Charles Janet. I enjoyed learning about the contributions from these seven men who, I’m sorry to say, I had never heard of. Each of these scientists built upon previous research and laid the groundwork for the discoveries of Bohr, Rutherford, Moseley and Mendeleev. Scerri argues the point well for the evolutionary growth of science rather than the revolutionary changes proposed by Kuhn as true scientific discovery comes through learning from mistakes and making minor but significant improvements. He states that ‘it may be pointless to ever assert that some particular scientist was ever right or wrong’.

Personally, I felt that the book focused too heavily on describing the benefits and advantages of Scerri’s philosophy over that of Thomas Kuhn, repeatedly interrupting the titular scientists’ tales and somewhat detracting from the stories of their contributions to modern atomic theory.

This book would perhaps be of great interest to someone with a background in education or philosophy, but if you’re after uninterrupted science history, you may find it frustrating to read.