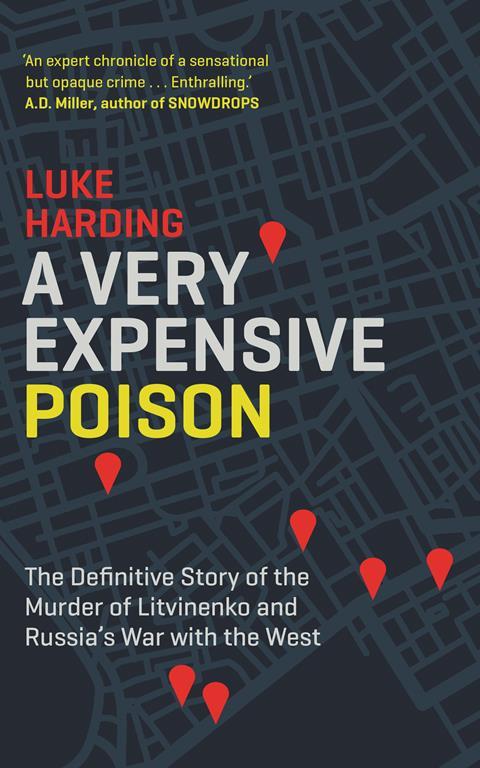 This is the story of the assassination of Alexander Litvinenko, a Russian intelligence officer turned MI6 consultant. Chemistry World has reported several times on how this horrifying murder was committed – with two assassins dropping polonium-210 into Litvinenko’s tea. But A very expensive poison delves far more deeply into this radiochemical crime, focusing not only on how it was carried out, but also on the politics that made it almost inevitable.

The science underlying this assassination and its investigation is only covered quite superficially, but a chemical vocabulary still lends itself quite well to the subject matter. A very expensive poison is the true account of a Russian émigré smeared as a free radical by Moscow, and a volatile leader’s international bond-breaking reaction to the threat this principled agent posed to their ‘Mafia state’. It is not only the authority on Litvinenko’s covert career and assassination, but also frames this story within the context of Russian indiscretions during the Soviet era and more recently in Ukraine and Syria.

As The Guardian’s former bureau chief in Moscow, Luke Harding maintains professional neutrality wherever the evidence against the Kremlin is merely circumstantial or conflicting. Nonetheless, whilst drawing parallels between President Putin’s alleged activities and the Soviet Union’s previously proven despotism and mistrust, there is a subtle but unwavering undercurrent to Harding’s narrative – insistently tugging you towards the conclusion that history is repeating itself.

Harding is a consummate storyteller, condensing reliable first-hand accounts and evidence from the Litvinenko inquiry into a fast-paced thriller. There are even humorous overtones, with the occasionally shambolic and farcical portrayal of the assassins prompting snorts of disbelief from this reviewer. At the same time, there are touching accounts from Litvinenko’s wife, and from the son that regrets never being allowed to fully know and develop a relationship with his father.

The irony is that the rarity of this very expensive poison was what allowed experts to trace it right back to Russia. Unlike other smoking guns, polonium-210’s billow hangs patiently in the air with a half-life of 138 days, in case anyone cares to look for it. A very expensive poison will serve as a considerably longer-lasting tribute to Alexander Litvinenko and, importantly, a timely augur for the Kremlin’s methods in the face of staunch defiance.