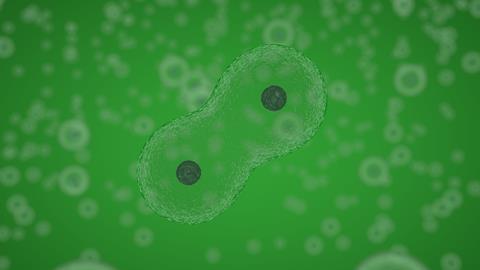 Like the story of 5-FU or fluorouracil, which we brought you recently, this tale is all about a modified version of one of the chemical building blocks of DNA. But unlike fluorouracil, which is used all over the world as a cancer drug, bromodeoxyuridine caused a lab-based revolution, providing scientists with a vital tool to detect growing and multiplying cells. 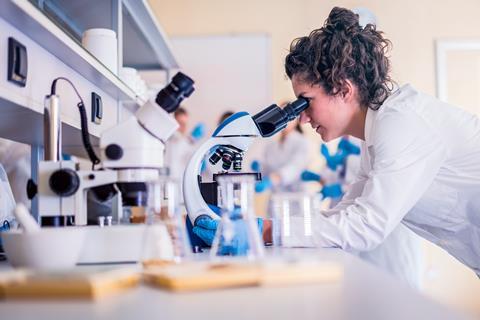 Usually known as BrdU – or more officially 5-BrdU – bromodeoxyuridine is a synthetic version of a compound called thymidine, which is one of the four molecular letters – A, C, T and G – that make up DNA. But where there’s normally a methyl group in thymidine this is replaced with a bromine atom in BrdU. Whenever a cell divides to make two new cells, it must first copy all of its DNA during a process called S-phase (an abbreviation for ‘synthesis phase’). As you can imagine, this requires a huge amount of all four of these molecular letters, as the amount of DNA in the cell has to double.

Back in the 1970s, scientists realised that fake DNA letters could be a useful tool for detecting cells that were actively growing and multiplying. Initially scientists tried using thymidine labelled with radioactive heavy hydrogen, or tritium. This wasn’t ideal, as it could only be detected using x-ray film, required labelled tissues to be cut into extremely thin slices and took weeks for the results to develop. Then US researcher Robert Leif realised that if cells were grown in the presence of BrdU, they would incorporate it into their DNA as they copied it instead of the regular thymidine. But he had no way of revealing the BrdU inside cells, once it had got into the DNA. To solve this problem, Leif teamed up with Albert Castro and Howard Gratzner, based in Miami, to create an antibody that could recognise BrdU. Antibodies are molecules produced by cells in the immune system, which normally spot foreign bodies such as viruses or bacteria, but they can also be generated to recognise all sorts of chemicals. 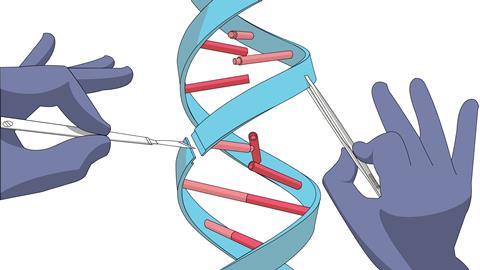 This antibody approach worked amazingly well, picking out cells that had incorporated BrdU into their DNA during S-phase using tissue sections that were ten times thicker than those needed for the tritium technique, and taking only a few days. The team published their findings in 1975. Interestingly, Gratzner and his team were based at the now-closed Papanicolaou Cancer Research Institute, named after George Papanicolaou, who first developed the Pap smear test for cervical cancer. So they quickly put their new method to work and found that it could pick up actively growing cancer cells from the cervix.

BrdU labelling is now used in labs all over the world to count, mark and pick out actively dividing cells. One particularly powerful application is microscopy. Cells, tissues, or even living organisms can be grown in the presence of BrdU, then samples taken and stained with anti-BrdU antibodies. A second layer of antibody staining, this time using fluorescently labelled antibodies that recognise the anti-BrdU antibodies, and the stained cells can easily be seen down a microscope equipped with UV or laser light to illuminate and reveal the fluorescence, painting a picture of cell growth patterns in different tissues such as the brain. Another useful technique is called flow cytometry, which is based on a similar double layer of antibodies but uses a laser-based machine to count and sort fluorescently labelled single cells as they rush past in a fluid stream, providing a quantitative analysis of the proportion of cells in a sample that are actively growing. Illuminating stuff!

Kat Arney on BrdU which helps us to understand how cells divide and grow. Next week, Katrina Krämer investigates the sad and mysterious case of Christopher McCandless…

But what exactly had killed McCandless – a young man who, condescending all material comforts, had ventured into the Alaskan backcountry to live off the land – remained a topic of debate for years to come. Some believe that it wasn’t the simple lack of food that killed him, but an insidious poison called swainsonine.

Join Katrina next week to find out more about this curious case. Until then, let me know if there are any compounds you would like us to include in the Chemistry in its Element podcast by emailing chemistryworld@rsc.org or tweeting @chemistryworld. I’m Ben Valsler and I’ll be back next week.