When former Russian spy Alexander Litvinenko died from polonium-210 poisoning on 23 November in London, it triggered a murder investigation that developed like a John le Carré thriller. Here, Chemistry World brings you a quick guide to this unusual element. 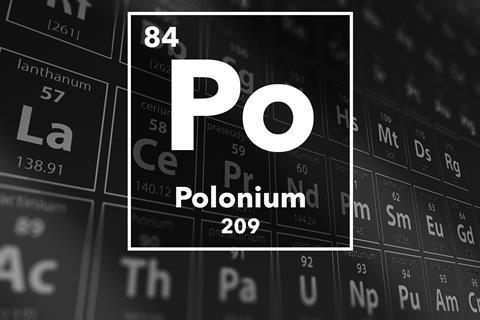 It’s a silver-coloured metal found in uranium ores. That’s where it was first discovered, by Marie and Pierre Curie in 1897. There are only about 100 micrograms in every tonne of ore. Po-210 is one of 25 radioactive isotopes of polonium – it decays to lead by alpha particle emission, with a half life of 138 days. So the polonium used to kill Litvinenko must have been made relatively recently.

Substantial amounts of Po-210 generate much heat as the atoms decay - it was used in Russian lunar landers to keep the craft’s instruments warm at night. Some commercial devices that remove static use polonium, but it’s usually electroplated onto other metals, making it difficult to separate into a form that could be used for poisoning.

How would someone get hold of polonium-210?

With difficulty, unless they had access to a nuclear facility. Around 100g a year of Po-210 are manufactured worldwide in nuclear reactors, by bombarding bismuth-209 with neutrons.

Since alpha particles can be stopped by skin or paper, let alone a glass vial, it would be feasible to smuggle a tiny amount into the country.

It’s possible to buy tiny quantities of Po-210 over the internet – but as one of America’s principal suppliers, United Nuclear in New Mexico, state on their website, a poisoner would have to acquire about 15,000 of their ’needle sources’ to accumulate a toxic amount.

How does polonium-210 kill?

The maximum safe body burden of Po-210 is only seven picograms. A microgram of Po-210, which is no larger than a speck of dust, would certainly deliver a fatal dose of radiation.

Polonium is only slowly excreted – it has a biological half life of around a month – and this ensures its alpha particles continue to wreak havoc once inside the body. One likely method of administration would be as a soluble salt (citrate or nitrate, for example) added to the victim’s food or drink. Once ingested, polonium is rapidly distributed around the body, leaving a trail of reactive radicals in its wake as it steals electrons from any molecule it encounters. Low-level DNA damage from radiation can cause genetic changes that affect cell replication, whereas more severe damage may force the cell to self destruct by apoptosis. 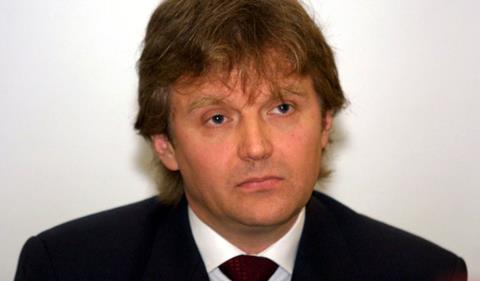 Has anybody been poisoned in this way in the past?

Not deliberately. Irène Joliot-Curie, daughter of Marie, died of leukaemia in 1956 – the disease was linked to a laboratory accident that occurred more than a decade previously, when a sealed capsule of polonium exploded.

How do we know polonium killed Litvinenko?

He suffered rapid hair loss and immune system collapse, two symptoms of extreme radiation exposure. Despite early theories that radioactive thallium was to blame, Po-210 emits alpha particles with a characteristic energy of around 5.3MeV, which an alpha particle spectrometer could identify.

Investigators still don’t know. The poison might be intended to send out a powerful message: that Litvinenko’s assassins had access to quantities of some of the most dangerous material in the world, and weren’t to be trifled with. Ironically, polonium is still providing police with their best clues – contamination has been found in a range of places visited by Litvinenko and his associates, and several of the people they came into contact with. Contamination could have been spread by physical contact if traces of the original poisoning solution remained on their skin. And from the day he was poisoned, Litvinenko would have excreted Po-210 in his urine, sweat and tears.