Age of science and scientists

Science in the 19th century: the making of modern science

Science in the 19th century: the making of modern science

Written by an eminent scholar of the history and philosophy of science, this book paints with a broad brush the enormous changes in the 19th century - which saw science change from being almost a gentleman’s hobby in 1789, to a respected profession based on accurate observation and laboratory-based research by 1914. 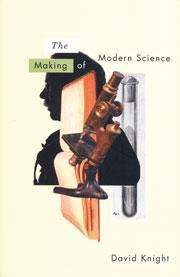 During this period, against a backdrop of social, cultural and political change, science challenged traditional thought and values and, in a sense, displaced the church from its position of cultural pre-eminence.

Knight ably discusses the various threads in this complex story, his description of the people and events which shaped the scientific developments are always intersting, and his interpretation of the philosophical and cultural changes are always insightful.

Knight has a lot to offer any reader interested in how the profession of the scientist established itself as one for skilled minds. In the past they would have entered the church or the legal profession, but instead they turned their attention to the objective study of the natural world and specialised in various interconnecting scientific disciplines.

We read of the growing interaction between scientists as they formed themselves into societies, published their ideas and discoveries in journals, displayed their successes in great exhibitions and formed new seats of applied learning. Alongside the academic progress were parallel developments in technology and industry, which saw the discoveries made by scientists leading to improvements in the prosperity and health of ordinary people.

Chemistry features strongly in the book as its history has been a particular interest of the author. The contributions of Lavoisier, Davy, Faraday, Dalton, von Liebig, Mendeleev, the Curies, Bragg, and Rutherford and other chemical giants are well described, along with those made by many lesser known individuals.

This book is well researched and well written and is to be recommended to anyone interested in how science and scientists emerged into the 20th century.