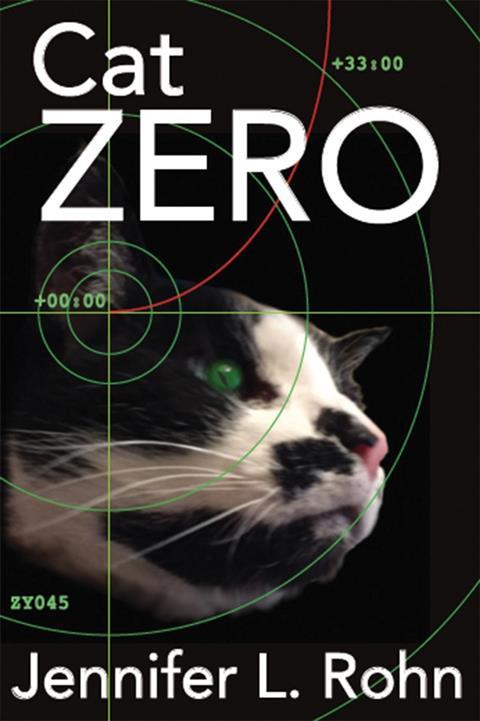 Artemis Marshall is a scientist studying feline leukaemia virus, an obscure cat disease few other researchers are interested in. Chronically underfunded and trying to make her mark at a male-dominated institution, Artie and her team of two have been banished to a tiny basement lab. But one day, the they come across a new virus strain that leaves cats dropping dead on the Isle of Sheppey in Kent. The situation becomes more menacing when Artie’s collaborators, two strange and reclusive mathematicians, find out that the strain’s origins might not be entirely natural, and that humans could be at risk. As Artie struggles with faculty politics, her collaborator’s violent past, a tough divorce and falling in love with her co-worker, the race is on to stop the emerging epidemic.

This is – without giving too much away – the plot of Jennifer Rohn’s new book Cat Zero. It’s what she calls a ‘lablit’ novel, a fictional story featuring realistic scientists and credible science. A cell biologist herself, Rohn knows what she’s writing about – I have never come across a fiction book with a more accurate description of what it’s like to work in academia.

Often in fiction, scientists are portrayed as lone geniuses, too caught up in their work to have a personal life, or a bunch of faceless figures in lab coats. Cat Zero’s scientists are much closer to the real thing. They have friends, families, relationships and rely on a close-knit community of collaborators and colleagues. Rohn does well shaping the characters’ personalities as they interact with each other.

Although I’m not a virologist and I can’t tell if the science presented in the book is perfectly accurate, it all sounds realistic. Discoveries aren’t made by simply peering at a sample under the microscope. They take time and a fair amount of detective work. True to this, a lot the scientific conversations between characters are jargon-heavy, which certainly reflects how actual researchers talk but often left me struggling to grasp why certain observations were important or what they meant.

In some ways, the science being so realistic dampened my enjoyment of Cat Zero. I liked the well-portrayed, lovable and less-than-perfect characters, but wish the science had been a little more outlandish and exciting. While I enjoy science fiction that is loosely based on actual science, for me, the word ‘loosely’ is key. Cat Zero’s story is just a bit too close to reality and I feel the plot gets lost in the intricacies that make up scientific discoveries.

In particular, I felt myself getting stuck in pages-long dialogue that I wished Rohn had replaced with her very enjoyable narrative writing. I admit that I’m one to get bored easily, and the fact that things only really start to get going in the second half of the book didn’t make it easy for me to push through the first. Even when Artie and her team finally get wind of the virus’s first human victim, the story still isn’t as fast-moving as I would have liked.

While I hope Rohn’s lablit inspires other fiction writers to rethink their portrayal of scientists, I wonder if people less familiar with research life will stick with the book through its science-heavy parts. Nevertheless, I’m certain that there are students and researchers who will enjoy a story set in their world.