Dr Space Junk vs The Universe: Archaeology and the Future 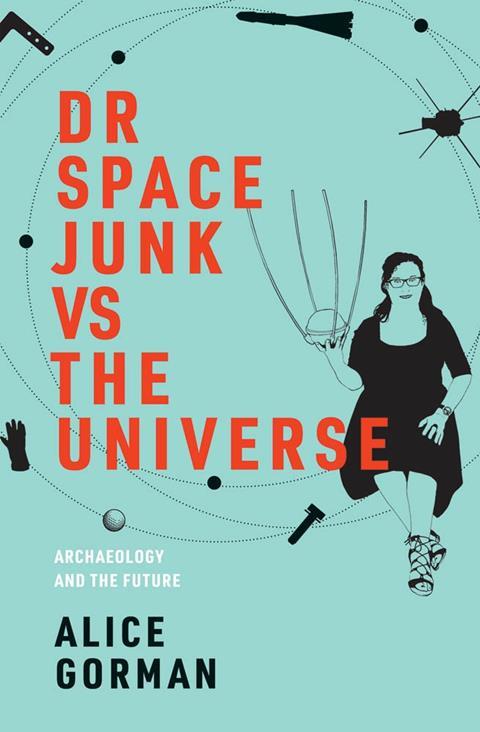 In December 2019, the European Space Agency announced the first mission to remove items of debris from Earth’s orbit. Rather than trawling the terrestrial oceans for plastic waste or litter picking our land, the project will collect rubbish from human space missions thousands of kilometres above us.

In Dr Space Junk vs the Universe, space archaeologist Alice Gorman explores the cultural significance of the things we have left behind. Do the human artefacts in space have heritage value as evidence of our collective history or is it just rubbish?

Although our appreciation of the stars is ancient, space archaeology is a relatively unfamiliar field. For me, the most surprising revelation was just how much is up there – an estimated 6000 tonnes of leftover stuff, from tiny fragments to full defunct satellites. For example, the Apollo mission, with its famous planting of the American flag, left behind the rocket landing module, which will remain on the moon possibly forever. More recently, Elon Musk catapulted his red sports car into elliptical solar orbit. Gorman discusses potential meanings of this – future space archaeology, a symbol of wealth, power and masculinity, or just a marketing gimmick for upcoming commercial space travel.

The book loosely follows Gorman from a rural upbringing in Australia with its great star gazing opportunities through to her realisation that conventional archaeology studies weren’t quite scientific enough for her. Combining her first love of astrophysics with her training in cataloguing sites of cultural and historical significance, space archaeology now allows her to investigate the history of human interactions with the heavens.

Despite the well-researched and interesting science, the narrative of this book was sometimes hard to follow. Jumping between space history, cultural interpretation and archaeology on Earth, the author’s autobiography and a strangely long tangent on cable ties felt quite jarring. This slightly confusing structure left me without a main current to draw me through the book.

At the same time, I enjoyed the inclusion of some unconventional narratives about the space race. Originating in the cold war, it is often a story about powerful nations vying for technological supremacy. But Gorman explores the interaction of wider society with space, including through children’s playgrounds, literature and – surprisingly – food. For example in this bit on olives and satellites: ‘While the US military and government were grappling with the political implications of Sputnik 1, one of the ways in which ordinary people responded was to translate the body of the spacecraft into something familiar and edible. The humble olive, with the addition of three or four toothpicks to represent antennas, became a symbol of the satellite.’

This book acts as an interesting composite of fresh facts and perspectives on the not-too distant past. Just don’t expect to finish it in an afternoon.