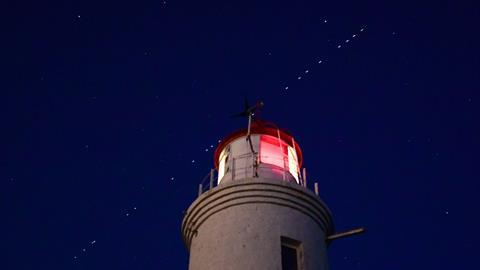 Using mercury as a propellant for manoeuvring satellites has been outlawed by a UN resolution before the thrusters ever made it into orbit. The ban follows interest in mercury-thruster technologies, which could have seen the toxic heavy element fall back to Earth from the upper atmosphere, posing significant environmental and health risks.

Ion drives that propel small satellites traditionally use xenon and krypton because they have suitably high atomic masses for ion propulsion systems. However, their scarcity means alternatives are needed if demand is to be met by the tens of thousands of mini-satellites that are expected to be launched in the next decade, and beyond, as companies such as SpaceX and Amazon populate low Earth orbit with satellite ‘megaconstellations’ for broadband communications.

Mercury’s appeal is that it is cheap and it can be stored and ionised easily to achieve excellent thrust. Nasa had previously used mercury as an experimental propellant in the first ion thruster demonstration in space in 1964. However, by the 1970s Nasa and industry had largely rejected it as a propellant because of its toxicity. Mercury bioaccumulates in the food chain and as a neurotoxin it can cause vision loss, developmental disorders in children and cut IQ.

But in 2018, Kevin Bell at the Public Employees for Environmental Responsibility (Peer), a US environmental organisation, was contacted by a space industry whistleblower. The insider told Bell that California-based Apollo Fusion had developed a new mercury-based thruster and was beginning to promote it to satellite manufacturers.

‘The whistleblower had contacted at least two other environmental organisations before us who had not responded or taken them seriously, as well as at least one state regulatory agency,’ says Bell. ‘I suppose they were just working their way through the environmental phone book and I happened to be the one that believed them.’

In his first ever case involving space law, Bell soon learned that regulations were lacking when it came to sending things into orbit on board satellites unless it involved weapons. Peer raised the issue with the US Federal Communications Commission (FCC), which has regulatory authority to approve or deny proposed communication satellite networks. ‘But the FCC has continued to deny that there might be any environmental harm caused by approving networks of thousands of satellites.’

Meanwhile, the UN’s 2013 treaty to reduce global mercury emissions and eliminate all mercury uses where alternatives are available, had overlooked the space industry when it was drafted.

Bell’s efforts helped stir up some publicity around the issue of Apollo Fusion’s mercury thrusters and brought it to the attention of the research community, some of whom shared the environmental concerns. A team of Italian and US researchers conducted simulations and modelling1 to estimate just how much mercury could actually return to Earth if used as a satellite propellant.

The results showed that a constellation of 2000 mercury powered satellites in low Earth orbit could potentially emit 20 tonnes of mercury per year – most of which would return to Earth – a rate that is about 50% of total North American emissions and 1% of global emissions annually. 1% might not sound much but any source is worth stopping to avoid mercury accumulating, says Bell.

‘The use of mercury in satellite propellants would introduce a new mercury source into the upper atmosphere,’ says environmental scientist Elsie Sunderland at Harvard University, who worked on the simulation study. ‘In the atmosphere mercury distributes globally and eventually deposits to the surface of the ocean, where it can accumulate in the fish most people eat from the commercial market.’

Crucially, Peer teamed up with the Zero Mercury Working Group – a global consortium of more than 110 environmental and health organisations from over 55 countries – which brought the issue to the attention of world governments. At a meeting in March, the UN treaty on mercury was amended with a provision to phase out the use of mercury as a satellite propellant by 2025.

‘It is extremely rare to see an environmental protection set in place before the thing it is protecting against has already caused irreparable damage,’ says Bell. ‘I am very proud of the work that we have done on this case, and I hope that it serves as a model for other governments to realise that they have a duty to all mankind to ensure that exploration of space is done responsibly and without further damaging the Earth.’

‘The space industry has seen unprecedented growth in the last 10 years that is set to continue into the future,’ says Trevor Lafleur, principal engineer at French company ThrustMe, which demonstrated the first iodine thruster in space last year. ‘Regulations, particularly related to hazardous materials, are important, and will continue to be important, to ensure that this growth is safe and sustainable.’