Electricity: the spark of life 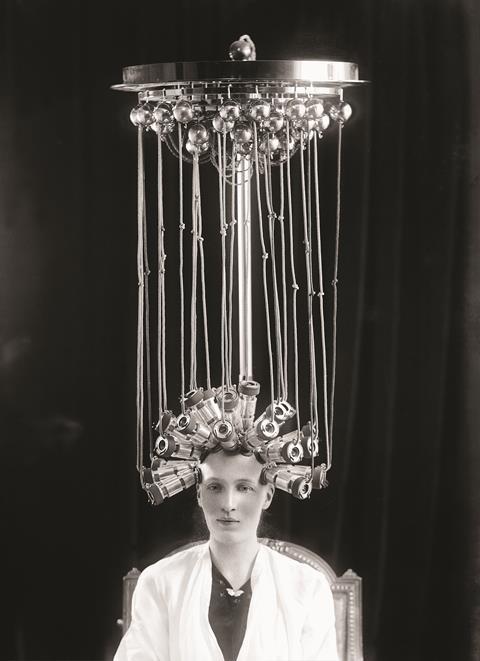 Since antiquity, humans have been fascinated with the power and beauty of electricity. The word itself is derived from the ancient Greek ‘elektron’ meaning ‘formed by the sun’ – the name given to amber by ancient Greek philosophers who discovered that rubbing amber stones with fur produced static sparks.

The Wellcome collection’s exhibition Electricity: the spark of life explores the history of all things electrical – from its discovery and early exploration, to its role in science, art, culture and everyday life.

Electricity is so ubiquitous nowadays it’s almost impossible to imagine the world without it. No wonder that as the eminent scientists of the 18th and 19th centuries first learned to produce and harness its flashes, sparks and shocks they delighted crowds. The exhibition starts with accounts and artefacts from some of these early demonstrations, carried out in a pre-health and safety era of course. One party trick, performed by the French physicist Jean-Antoine Nollet, involved passing an electric shock down a chain of 180 of King Louis XV’s royal guards, holding hands and hooked up to a Leyden jar.

The significance of electricity in art and fiction is also highlighted. Many of the props and imagery from the reanimation scene in early film adaptations of Mary Shelley’s Frankenstein are based on pieces of early experimental apparatus, for example. In Edward Bulwer-Lytton’s 1871 novel The coming race, electricity was the inspiration behind the life force ‘vril’, a kind of life-energy produced by all-powerful subterranean beings that could be used to kill, heal and animate. I was delighted to discover that vril is also the namesake of the beef extract Bovril. A combination of bovine and vril, the product was initially marketed using the bizarre idea that killing the cattle using electrocution gave it superior nutritional qualities. The cartoon used to depict this in the printed advertisements is, by today’s standards, disturbing to say the least!

As electricity became easier to generate, its applications became more numerous and diverse, and this development is explored in latter parts of the exhibition with various displays.

The exhibition also incorporates three original art installations that were specially commissioned and designed to be experienced alongside the more traditional elements. I have to admit that for me, they didn’t really add to the experience, and the abstract themes didn’t fit well with the rest of the exhibition content. But they are easily bypassed if you’d rather focus on the main exhibition, or are averse to strobe lighting.

Though some of the later displays focussed on power generation, I was surprised not to see more about emerging technologies, or much discussion of the issue of sustainability. Having learned so much about electricity’s role in shaping human history, it would have been nice to learn how it might affect our future. Still, if you find yourself in the vicinity of Euston Square with a free hour or two, The spark of life is definitely worth a visit.