Three books on energy, climate change and options for the future

Energy and climate: how to achieve a successful energy transition

Future energy: improved, sustainable and clean options for our planet 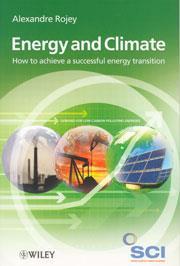 The progressive despoilation of our environment that has been going on for many decades has finally reached a point where it has touched off a groundswell of angst concerning the long-term future of the human species. The current major causes for concern include the rising production of pollutants such as greenhouse gases; the ever dwindling natural resources we have left to exploit; a steadily increasing mountain of garbage that needs to be disposed of; a looming food shortfall; and our seeming inability to generate most of our energy in a sustainable fashion. It appears that we are now poised on the cusp of irreversible environmental damage that could result in catastrophic changes for all of us unless drastic action is taken at both the national and international levels within the next few years.

This alarming scenario is now no longer confined to scientific research circles but has entered the awareness of the populace at large. One consequence has been an enormous upsurge in the number of books being published on green and environmental issues and it is not uncommon nowadays to find entire sections of bookshops devoted to such themes. Popular books include the bestsellers Six degrees  in which Mark Lynas pictures our precarious existence on a hotter planet and Heat  in which George Monbiot considers measures we might take to stop our planet from overheating. Books for professionals are also appearing at an ever increasing pace; two of the most recent that deal with how we might meet our future energy needs are reviewed here.

Alexandre Rojey, a former director of sustainable development at the Institut Fran?ais du P?trole in Rueil-Malmaison, is greatly exercised about the fact that more than 80 per cent of the world’s energy is currently derived from fossil fuels. In his book, Energy and climate, he proposes a ten-year transition period in which we all switch from non-sustainable to renewable sources of energy. He stresses that this cannot work unless there is massive governmental intervention and international cooperation. This is something that he concludes must happen and on an ever increasing scale as the option of ’wait and see’ is not a viable alternative. The chances of this occurring are however slim as what is being called for is massive and rapid technological innovation on an unprecedented scale. 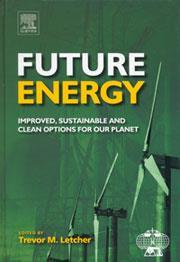 Future energy, edited by Trevor Letcher, is much more measured in its tone and content. It invites some two dozen experts to write comprehensively about the current energy situation, the possibilities for renewable energy use, some hitherto fairly novel forms of energy, and where we are likely headed over the next thirty years. Perhaps the most hopeful of the 20 chapters this book contains is that by Larry Grisham of the Princeton Plasma Physics Laboratory (PPPL), at Princeton University, US. He examines the prospects for fusion energy power plants and asserts that the construction of a demonstration model should be completed by mid-century. Although such a plant could meet most of the world’s energy needs, it seems that this will not become a practical proposition until the second half of the century. I guess we shall just have to wait to see!

The role of an editor faced with 25 chapters by different authors is inevitably like herding cats. I know this from being both cat and herder. To work to a common deadline and format is problematic. Was this book rushed into production without time to improve presentation and reduce overlap between chapters? 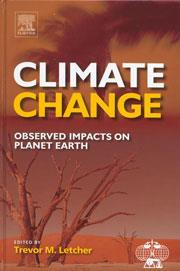 Despite the book’s subtitle, the first six chapters deal with physical aspects and historical perspectives of climate change. Of the remaining chapters, some discuss the climate itself (eg sea temperature) rather than the impacts per se  .

The editor indicates that chapters are written in a ’language accessible by all’ and are topped by an introduction  and tailed by conclusions  . This is an Iupac supported book, but the consequent use of SI units reduces its readability; would a general reader equate ’past 520 x 106 a’ to the past 520 million years? Would a general reader know what a temperature of 290K was, what pan evaporation is, what galactic arms are, what ectotherms are?

My greatest gripe is with the poor reproduction of some figures. Some are colour figures printed in black and white, with no attempt made to redraw them in greyscale. These can be found printed in colour grouped together at the rear of the book, presumably to reduce costs.

This book does cover a lot of ground in terms of climate change and its impacts and is hugely informative, but it is not comprehensive. For example, there are no chapters on air temperatures, freshwaters, glaciers, human health, other social impacts. I think heavier editing would have eliminated, for example, using three different temperature scales, the phrase ’anti-correlation’, ’hystogram’, and the overlap between chapters. For more than 50 quid I would have expected more attention to detail.