The story of Crispr-Cas9 gene editing technology, and where it could and should take humanity

Streaming on BBC iPlayer | Screenings in various US cities 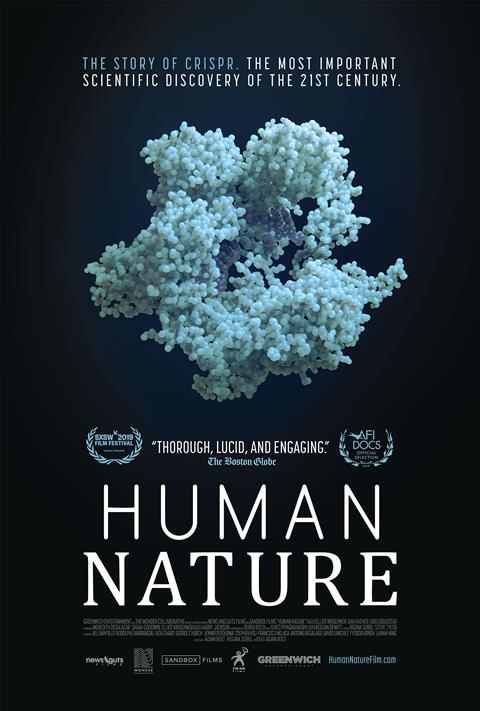 The gene editing technology called Crispr-Cas9, whose fame and use in research have exploded since its discovery in 2012, is revolutionary because it offers humans the ability to change our own DNA and redesign the biosphere. It is a tool that allows for precise DNA changes to be made to any organism.

The documentary Human Nature uses evocative interviews with seminal researchers, as well as old black-and-white newsreels, films and beautiful 3D animated protein models, to tell the story of this technology and examine where it could and should take us.

The idea behind gene therapy is fairly simple: add in a copy of the gene that works, then a sick person will make the correct protein and will become healthy. But the film makes apparent that the devil is in the detail. It does an excellent job of drilling down into the science, making me aware of how little I knew about a topic that I thought I understood fairly well.

As a journalist, I appreciated that the wonderfully shot interviews with experts were clear, incisive and illuminating. The documentary presents information in an interesting and dynamic way that will hold an audience’s attention, regardless of scientific literacy or subject matter expertise. Its visual appeal is enhanced by the gorgeous footage of nature and cool graphics interspersed throughout.

The first part of the film focuses primarily on the science behind Crispr, while the latter portion probes deeper to consider the profound implications of this technology with further interviews of bioethicists, patients and their families, as well as scientists at the forefront of this field. It also touches on the rogue Chinese researcher He Jiankui, who was sentenced to three years in prison for using Crispr-Cas9 to create the world’s first gene-edited children back in 2018.

Historically, most major technological developments have given rise to fears of misuse. However, Human Nature makes it clear that gene editing is unique in that it actually enables us to engineer human heredity if applied to embryos, eggs or sperm.

The film paints a nuanced and well-balanced picture of this technology. It addresses the dangers of turning reproduction into production or children into consumer products, as well as the risks of not using this incredible science to benefit humankind and beyond.

My only criticism is that the documentary does repeat itself quite a bit when it comes to scientific information and ethical themes, and could therefore do with a little editing itself. Nevertheless, Human Nature is essential viewing for anyone interested in science, technology and exploring the ethics of both.