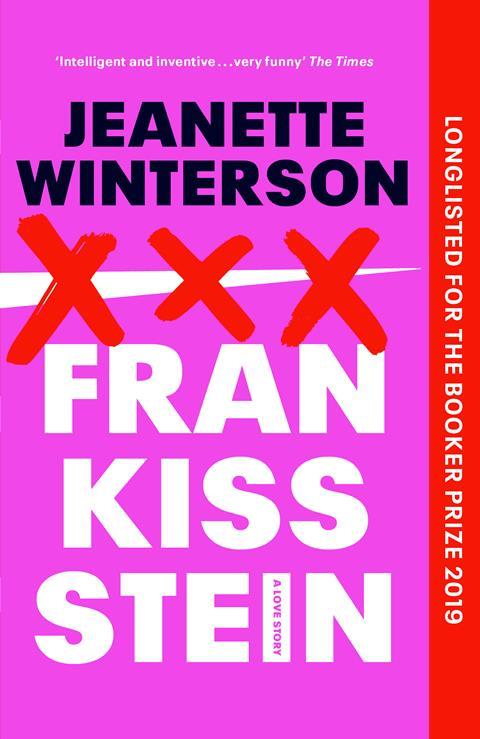 Jeanette Winterson’s fictional novel Frankissstein is like a modern-day rollercoaster ride through Mary Shelley’s Frankenstein, following the journey she took in its writing. While Shelley’s 202-year-old Romanticist novel tells of Dr Frankenstein’s creation of a hideous sapient creature, Winterson’s novel is an exploration of the scientific community’s incremental crawl towards evolutionary perfection.

The book’s protagonist – Professor Victor Stein – leads the 21st century’s quest for the elixir of life deep in Manchester’s subterranean laboratory network. Its antagonist, transgender doctor Ry Shelley, clings to their interpretation of a human existence that cannot be emulated or synthesised no matter how dashing and attractive the advocates of evolutionary innovation might be.

It is, of course, a love story – as its cover explicitly states. But then, it wouldn’t be Winterson without that endless strive and drive for love. Even two brains bobbing in a jar on a scientist’s shelf would reach out romantically when sprung from Winterson’s imagination. But what the acclaimed novelist brings to life is so much more than a retelling of Shelley’s masterpiece and ‘will they, won’t they’ courtship.

Frankissstein not only draws on the stories of real contemporary research around artificial intelligence and cryogenics, but also features historical figures and their compelling stories of scientific insight and discovery. It makes me think Winterson reads long and hard for her inspiration. Woven between their stories are Winterson’s muses on modern day mores around gender, Brexit and Donald Trump. It is with a deft humour that Winterson drills down into the question of whether an industrialised evolution to a sexbot industry is capable of re-igniting a post-Brexit economy.

But Winterson’s novel raises some of the most critical issues of our day. After all, what is humanity if people can be downloaded onto a hard drive to live digital lives while machines make a better job of running the world than we can? Is it really moral to create genetically edited babies? Wouldn’t the world be better off if humanity’s failures and foibles served as blueprints of what not to create going forward?

There’s more than a hint of the dystopian futures depicted in Charlie Brooker’s Black Mirror or Russell Davies’ BBC drama Years and Years in this book. But I found it more amusing and emotive than these contemporaries. Funnier even and more female.

I’ve read much of Winterson’s work over the years and it seems to me she re-awakened the literary playfulness of The Passion and Sexing the Cherry with this offering. They were always my favourites due to their existence at the point where fantasy and reality intermingle – like the enduring series The Addams Family, which happily sprang to mind while reading.