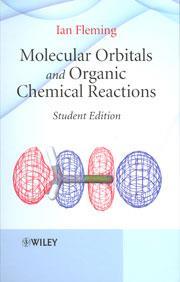 This book can be viewed as a second edition of Ian Fleming’s original book entitled Frontier orbitals and organic chemical reactions (1976), expanded to produce a text of use to students and researchers alike. Especially noteworthy are the significantly extended chapters on the fundamentals of molecular orbital (MO) theory and organic molecular structure which focus on the application of MO theory to organic molecules and take the reader through picking a basis set, forming linear combinations of atomic orbitals and constructing molecular orbital diagrams. These chapters avoid the more mathematical aspects of this area and, as such, those with no background in MO theory will have to take a certain number of points on trust. However, even those mainstream organic chemists who would consider themselves to be comfortable with basic theory will experience moments of surprise and recollection as Fleming points out that some of the approximations we use on a daily basis, although often helpful, can be fundamentally misleading.

The book then goes on to cover the same ground as the original but with most chapters extensively rewritten, significantly expanded and reorganised. The inclusion of exercises at the end of each chapter allows the reader to test their understanding, a logical improvement in a student edition. The lack of colour graphics seems a shame but I honestly don’t think they would have added anything other than a slightly more modern look to this excellent new edition of what has to be seen as one of the classic textbooks of organic chemistry.