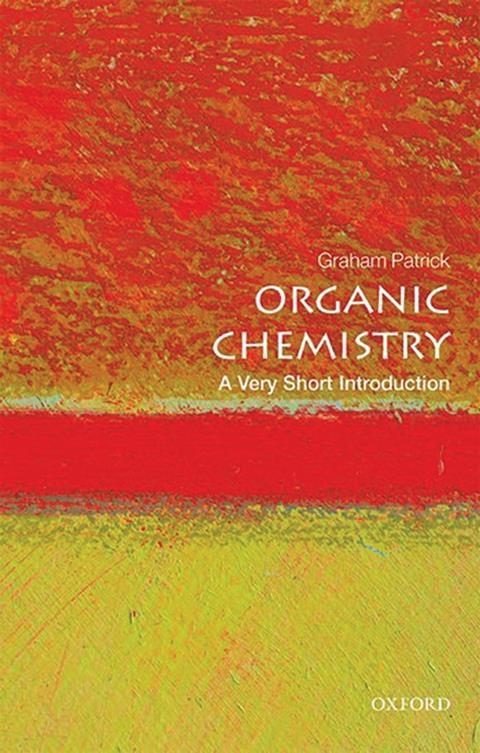 Organic chemistry is one of the most exciting areas of modern science, with particularly broad applications in new materials, future drugs and nanotechnology. But it is a challenging subject to write something ‘very short’ about. However, Graham Patrick manages this with a skilful blend of necessary detail and exciting descriptions of the possibilities of current and future organic synthesis.

Organic chemists like to talk in their own way using a peculiar language of structures and diagrams. While this is necessary to communicate to the scientific community, it can create a barrier by making the subject seem baffling and inaccessible to the outsider. Thankfully, Patrick breaks down any barriers by describing the fundamentals extremely well. Important beginner questions are answered thoroughly from the start: why don’t people bother drawing carbon hydrogen bonds? What is a bond anyway? How does a chemist know what they’ve made?

With this foundation in place the reader is ready for the real meat of the book. Crucially, a broad scope of organic chemistry is covered – which is as it should be. Familiar topics, such as drug discovery and pesticides are explained extremely well. Importantly, Patrick goes beyond describing the theory of drug discovery and also touches on the struggles with making new drugs for diseases that exist at the front of the public’s mind, such as Alzheimer’s.

The book also covers the perhaps more unfamiliar role of organic chemistry – rather than biology – in the processes of life, and in how people see, taste and smell. I really enjoyed all the examples in this part of the book, most of which were interesting and easy to understand while being instantly relatable to everyday life.