For over two centuries, a straight line drawn between two atomic symbols has served to indicate that the two atoms in question are bonded together. Over the intervening period, however, although our knowledge of the bonding process has increased enormously, we still do not have a fundamental understanding of the chemical bond itself. 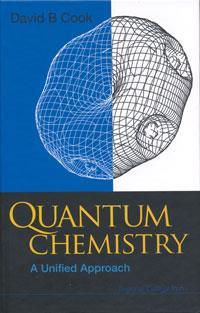 Since the discovery of the electron in 1897 and shortly thereafter the realisation of its crucial role in chemical bonding, extensive use has been made of the electron to explain bonding. But the models that have been developed have always been essentially static in nature, with electrons being moved around as if they were pieces on a chessboard.

In no way does such an approach accord with the physicist’s conception of an electron as a rather wild, exotic and very dynamic entity. Even the advent of quantum chemistry in the late 1920s did not change things significantly, for the charge clouds and orbitals derived from the Schr?dinger equation are still basically static representations of electron motions.

Quantum chemical ideas thus fail to yield a clear picture of what is going on when a bond forms. In the present work, author Cook attempts to remedy this situation by explaining in simple language how a bond is formed. This he does by describing the interactions that occur between charged particles, something that he claims has not been done for many decades!

To achieve his goal Cook has to rely on a number of rather dubious assumptions. For instance, he treats electrons and atomic nuclei as point particles, asserts that Coulomb’s Law always characterises the forces between charged particles, and that Schr?dinger’s quantum mechanics invariably describe the interactions that take place in atoms and molecules.

Such assumptions lead him to a description of chemical bonding in a wide variety of species that involves all of the usual folklore of atomic and molecular orbitals, hybridisation, resonance, lone pairs, and sigma and pi bonding.

But surely this is no more than we have come to expect as standard fare in any quantum chemistry textbook. The author seems to have overlooked the fact that to gain fundamental insights into chemical bonding we need to take into account the properties of electrons: their internal structure, ability to emit and absorb photons, Compton wavelength, spin vectors, and their electric dipole moments, all of which have been studiously ignored in this work. Disappointingly, rather than ’stressing the physical processes which occur on bond formation’, this work offers us no special insights and nothing more than any other text dealing with this subject.