This book is a compilation of personal essays by Peter Day, director of the Royal Institution, London, UK, between 1991 and 1998. It is roughly divided into places, people and science.

Day writes about the RI and the Institut Laue-Langevin in Grenoble, France, having been director of both institutions. The most interesting part of the book is probably the history of the RI from its early beginnings in 1799, its Christmas lectures for children, and its current research. 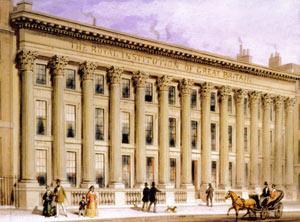 The RI’s contribution to the public understanding of science is incalculable and Day places this unique aspect of the RI’s work in a historic and scientific context. As George Porter, another past director of the RI, once said, ’The Royal Institution is not in the educational business, but in the "inspirational" business’.

The people section deals with some of Day’s heroes of the past - Count Rumford, the ’mover and shaker’ behind the establishment of the RI, Humphry Davy and Michael Faraday, who established the RI’s early research reputation. It also mentions a few people whom Day has actually met and particularly admired - Christian Klixbull Jorgensen, the inorganic spectroscopist, Olivier Kahn, famous for his work on magnetic magnetism, and Fred Dainton, physical chemist and university administrator.

Finally the science section is dominated by Day’s own research interests in solid-state chemistry, especially in magnetic materials and superconductors. As well as tracing the development of ideas in these areas, Day also looks forward confidently to a bright future for molecular information processing.

The book suffers, as do most collections of essays, from the mixed nature of the material , but nevertheless is full of interesting history, personal anecdotes, and valuable insights into cutting-edge science, with the RI as the loose connection between all the components.