Science and the city: the mechanics behind the metropolis 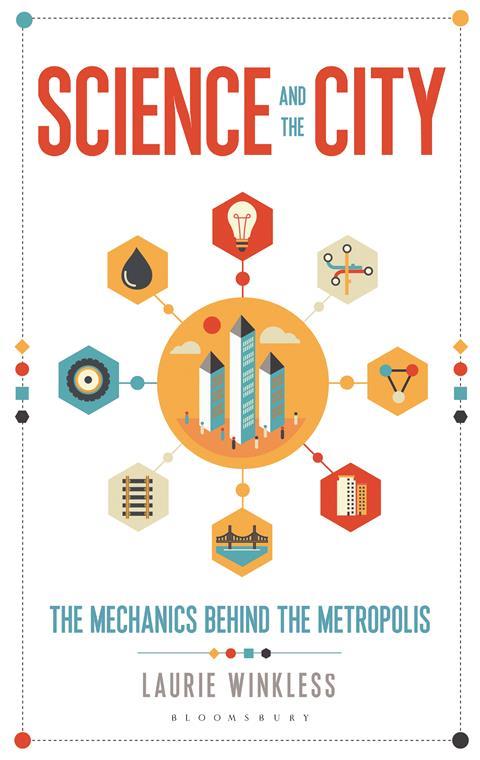 It’s no surprise that today’s cities can induce a sense of wonder: crowds swarm, skyscrapers loom, subterranean networks sprawl. With more than half the world’s population now living in urban areas, the immensity of the modern metropolis is astonishing. To consider the vast quantities of power, water, and food needed to support city life, and the amount of waste produced, can be a near-overwhelming experience.

For me, it was descending for the first time into London’s underground that impressed upon me the sheer scale of the modern urban environment: entering a labyrinthine tunnel system, I was a young adult confronted with the complexity of metropolitan engineering.

But it’s there that the curiosity can stop – with no guide to the complexity, no one to turn to for an explanation, wonder can get left behind and travelling the underground can become just another moment of transition when the eyes glaze over.

What I could have used then, as an awestruck teen, was a teacher travelling with me, someone to direct my curiosity and guide my search for understanding. An urban school trip with a science teacher. This, more or less, is what you get with Science and the city.

SATC, as it’s referred to within its own pages, tackles the sprawl of modern cities with themed chapters: ‘Switch’ takes us into the power grid, ‘Up’ into skyscrapers, ‘Loco’ onto the rails. Grouping diverse topics in this way can feel tenuous at times, but as a structural conceit it’s undeniably effective for an introductory read.

SATC is certainly aimed at teen readers – and whoever else might benefit from introductory science pitched at the intelligent uninformed. We’re introduced, for example, to electrons, geostationary orbits and nuclear fusion – nothing unfamiliar to a secondary school science class. The style is chatty, entirely without pretension, and messy with comic asides, narratorial self-consciousness, and – a warning to those expecting a serious read – a vocabulary dominated by the word ‘poo’ (‘stop giggling at the back, please’).

There’s a lesson repeated throughout SATC – ‘we can’t get rid of energy, we can only change it into another form’ – and Winkless’s energy in writing the book has two clear sources: a genuine sense of wonder at the modern metropolis and a lively speculative imagination.

It’s the speculative moments that make this more than topic-themed urban science for kids. Each chapter has a section devoted to ‘tomorrow’, taking emerging research and envisioning its impact on the future of urban life. Developing technologies, such as smart glass and self-driving cars, are introduced with optimism and excitement, and the final chapter – an imagined day-in-the-life of a future city dweller – is a highlight and a neat synthesis of the preceding chapters.

With the basics introduced and ample suggestions for further reading, including links to unusual online resources (such as a map of the planet’s live marine traffic), this is an ideal gateway text for those curious about science, open to wonder, and ready for the world of popular science writing.