Strange glow: the story of radiation 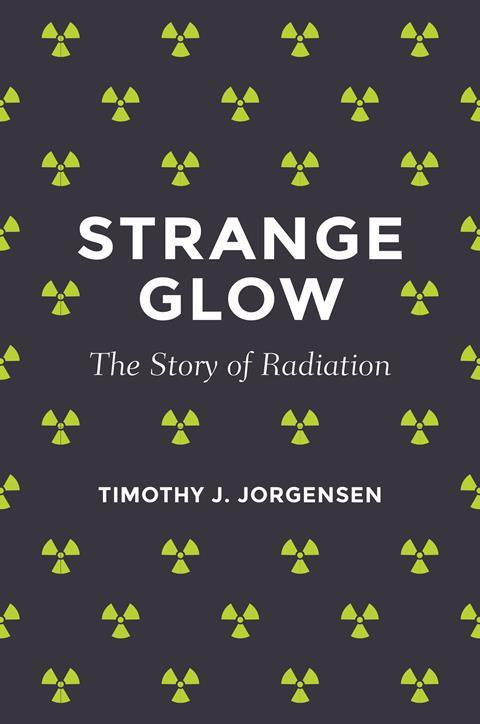 When I first heard about Strange glow, my first thought was: What is there left to write about radiation? Surely this phenomenon, discovered well over a century ago, has been pretty well covered by now. Apparently I was wrong.

Timothy Jorgenson takes the reader on a journey from the discovery of radiation through to modern day applications of radioisotopes, via the experiences of the many colourful characters who have played a part in our understanding of this intriguing topic.

The lives of these people are told through engaging anecdotes, interspersed with pictures of interest and digestible physics descriptions. These characters’ lives are often a surprise to me, such as Wilhelm Röntgen looking decidedly hipsterish, as though he would be more suited to running a cereal bar in Shoreditch than discovering x-rays in the 19th century. And Muller, whose strange but intriguing experiments on radiation exposure to fruit flies lead to the awesomely named megamouse project. Through these tales, these household names (well, to a physicist anyway!) are brought to life.

This book is informative, fast paced and entertaining, while also conveying tricky physics concepts with intimidating names like ‘coaxial tomography’ and ‘wave-particle duality’. It’s all done in a comprehensible and entertaining manner through some fantastic analogies – one of my favourites is comparing mass deficit to a rabbit being pulled out of a magician’s hat. In the final chapters, nail-biting examples are given of nuclear accident near-misses and a fascinating and detailed account of the events leading up to, and the consequences of, the Fukushima accident.

This book is a must-read for anyone who has ever wondered: How does radiation work? How much do we know about it? And how can something invisible be so powerful and have so many applications in our day-to-day lives? Or for anyone who thinks they understand the concepts of radiation, I guarantee you will be engaged and surprised.